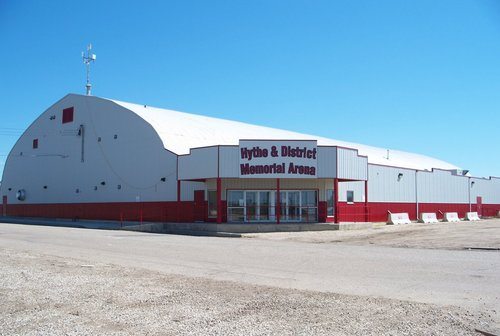 Leaking issues have plagued the Hythe Memorial Arena’s roof for years now, but the Athletic Association is close to being able to replace it. Association President Jack Oakford says they’re hoping to have enough money to get the work done by next spring, which means one more winter of slippery bleachers.

“We’re just going to watch what it’s doing and take the precautions of keeping it so nobody falls. When you’re dealing with a 65 year old building, and it’s been a big history of Hythe, it’s time to do it to keep it so we do not have to knock it down.”