Cause of Cutbank wildfire being investigated 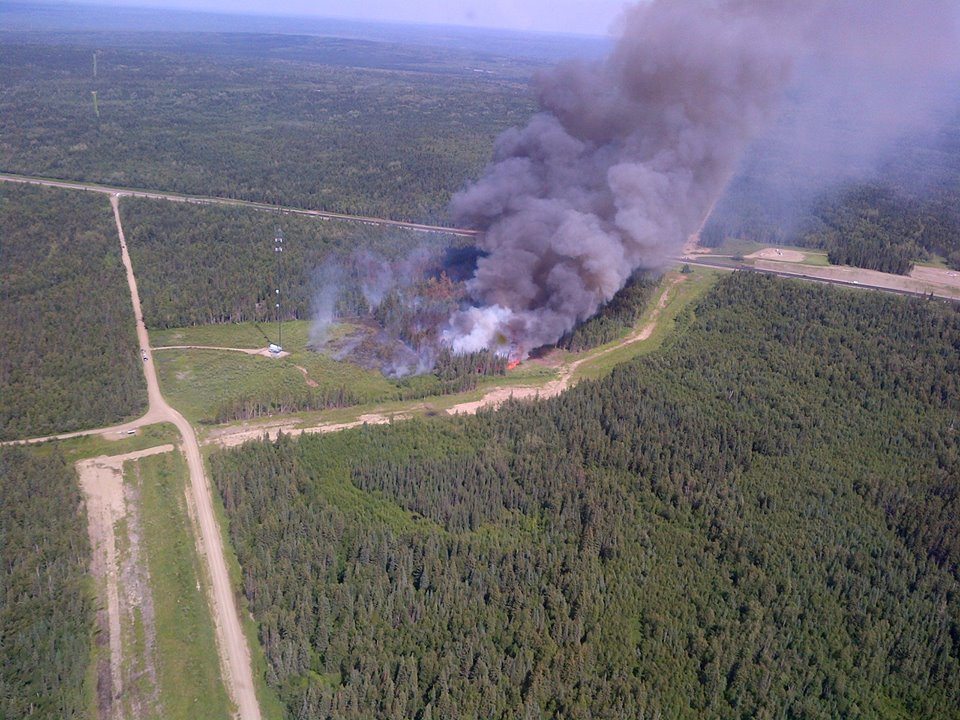 Alberta Agriculture and Forestry is looking into what sparked a fire that is now burning 40 hectares of land 50 km south of Grande Prairie. The fire just north of the Cutbank River was first reported Wednesday, causing the closure of the nearby Highway 40 for a period of time.

Wildfire Information Officer Janelle Lane says it is likely that the fire was caused by human activity.

“This wildfire is currently under investigation, however there is only two real ways a wildfire can start, either by lighting- mother nature- or human caused, and at that time there was no lightning in the area.”

Lane says there are 30 fire fighters battling the blaze along various equipment on the ground, but until the smoke in the air clears up all air equipment will have to wait on stand-by.

Meanwhile the city of Grande Prairie along with much of northern Alberta is under a blanket of smoke. Lane says the smoke here is not coming from the Cutbank fire and is more likely a result of the large fires burning in British Columbia, Saskatchewan, the territories, and northern Alberta.

“A wildfire started in Jasper National Park yesterday and that has been putting up quite a bit of smoke. There’s another wildfire burning in British Columbia in the Kawka Provincial Park area and that one is getting larger as well. With the weather conditions we’re expecting over the next little while, it seems like that smoke is not going to go anywhere right away.”

Three more fires broke out in the Grande Prairie wildfire management area yesterday. One of those fires has since been extinguished and the other two are burning under control.