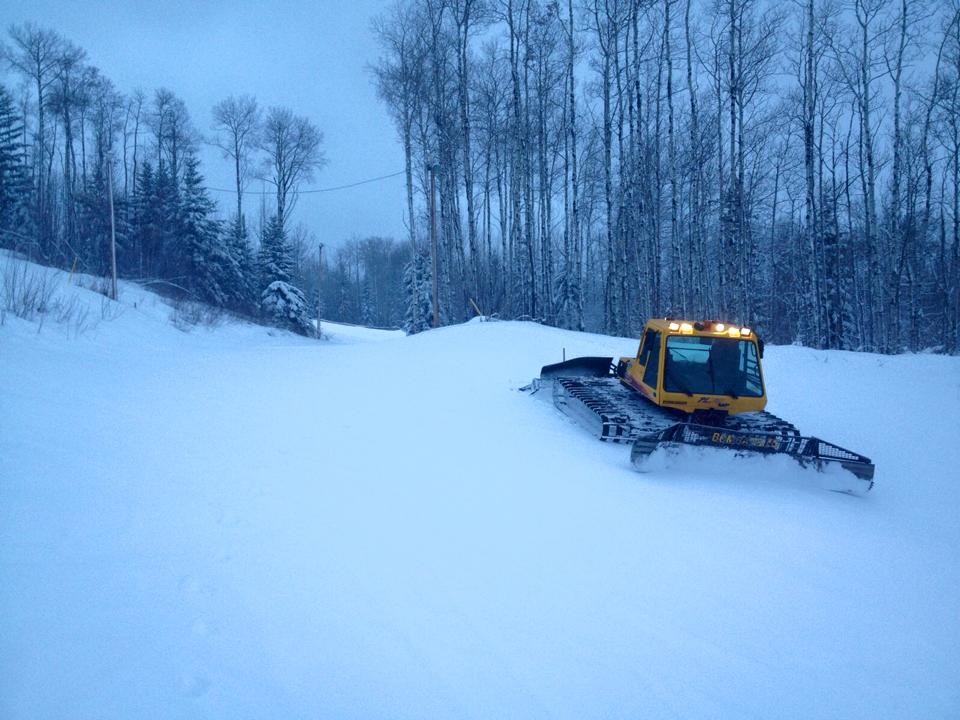 Efforts to make Nitehawk Recreation Area safer are paying off. Only one ambulance was called to the ski hill last season, which General Manager Duane Stevenson says is almost unheard of.

“We put 35 to 40,000 people through annually through the wintertime. It was thrilling because there has been times when we maybe have one a day and we certainly don’t want that; it makes for a much better experience for the riders.”

Stevenson says they’re focusing improving both the quantity and quality of snow they make, as well as dealing it better when the temperature fluctuates.

“I think we had five Chinooks last winter, and it’s how we manage the snow when it does get warm or after it’s been warm, so we’ve been upgrading our snowcat so we can go in and manage the snow so it remains more powdery and softer.”

With the help of municipal funding, a 2008 model was bought a few years ago, and a 2015 groomer is on the way for next winter. Stevenson also credits the expertise of Mike Bauman with reducing the risk of injuries.