New and replacement trails on the way 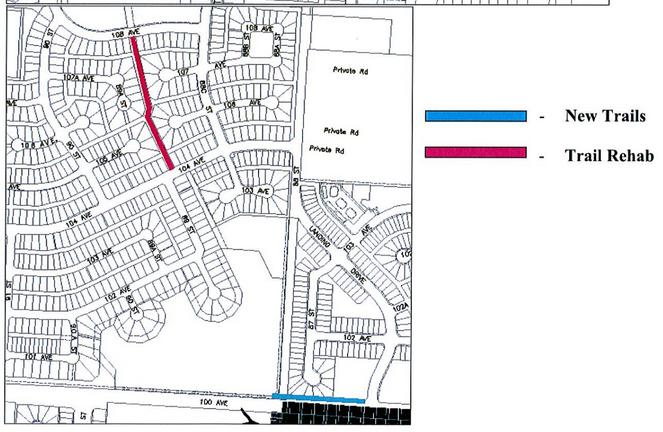 More than 1.5 kilometres of new trails are being added to the system in Grande Prairie this year, while almost three kilometres of existing trail are getting replaced. It’s been recommended that city council award a tender for the 2015 Program to Reco Construction at a cost  of $758,000.

New trails will be installed along 116th Avenue between Crystal Lake Drive and Copperwood Road, and 100th Ave from Ivy Lake to Landing Drive. Sections will also be added to link up the new Maskwoteh Park and Centre 2000.

The stretch along the bypass from Centre 2000 to 100th Street will be getting a facelift, along with 84th Ave from 100th to Resources Road. The section between 104th Avenue and 108th near IV Macklin will also be rehabbed, as well as connecting Crystal Lake Drive and 116th Avenue. It’s been recommended the tender be award to Reco Construction. 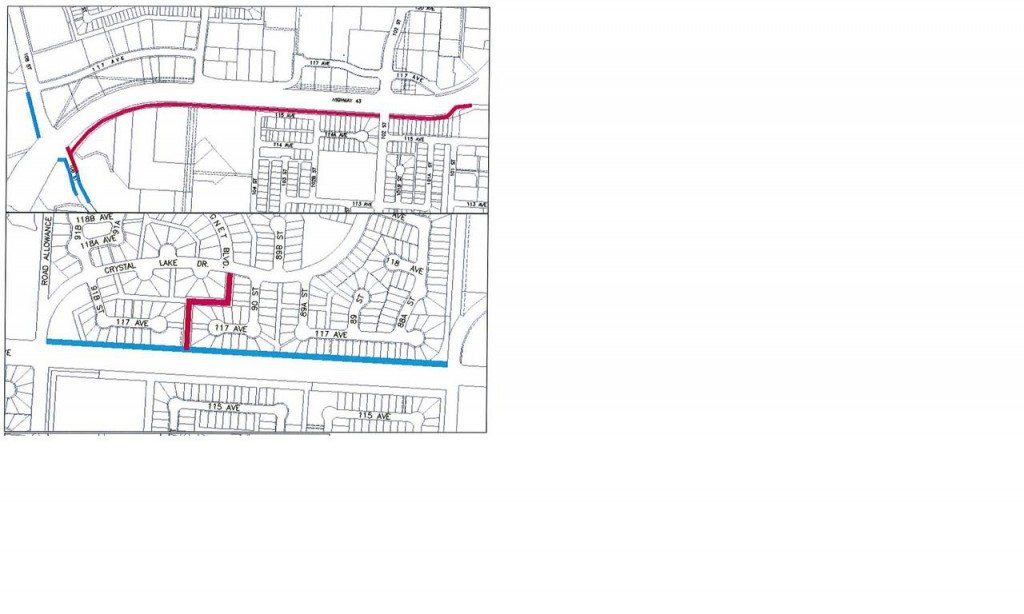