$6.1Mil in road construction projects up for city approval Monday 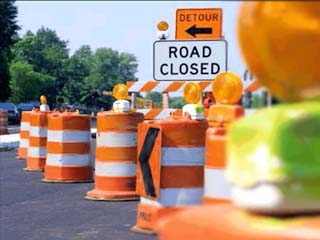 Two major road projects within the city of Grande Prairie are expected to get started shortly. Knelsen Sand and Gravel has been selected for the twinning of 92 Street between 100 and 116 Avenues, and the extension of 101 Avenue, pending approval from city council Monday.

Capital Planning and Construction Manager Matt Hinton says a construction process they are planning to use on 92 Street will save the city some money.

“We’re going to try and do a process call Full Depth Reclamation where we actually recycle the asphalt and the gravel and actually leave it in place and just add some additives to it that will strengthen the road itself. We won’t have to have the cost of hauling the exiting material away, we can just reuse it.”

The 101 Avenue extension is a short one. Hinton says it will mean the closure of Montrose Avenue.

“We’ll build the new 101st Ave extension which will allow the public to go east to west along that corridor. That existing parking lot that is gravel right now will become 101st Avenue so anyone that’s is using that parking lot to access the Aberdeen Building will just park in the new Aberdeen lot which will be the existing Montrose Avenue.”

Combined the two projects will cost the city more than $6.1 million. Hinton says both are scheduled for this summer but some of the work may need to be completed next year.