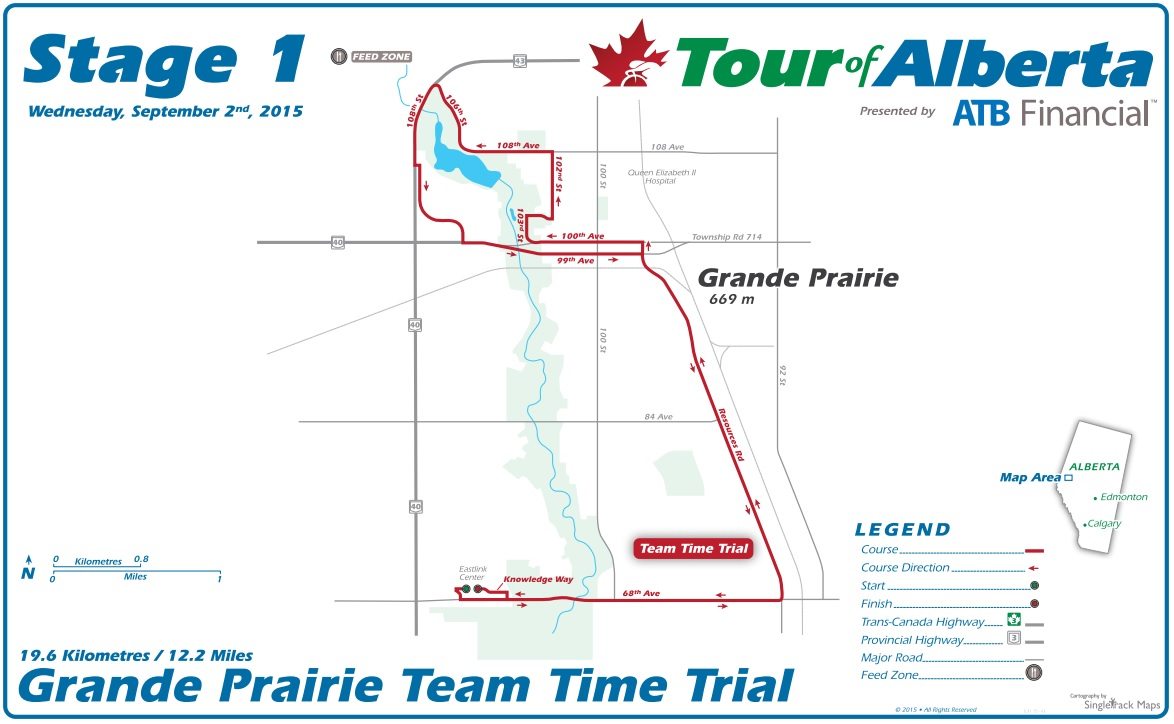 The Tour of Alberta kicks off in just 10 weeks, and plans are falling into place for the first two stages. The event kicks off in Grande Prairie on September 2nd, with the first circuit starting and finishing at the Eastlink Centre, and the second at Evergreen Park.  Local organizing committee president Amanda Freyn says they’re doing everything they can to deal with traffic.

“We’re trying to make sure that everybody is well aware as to what’s happening and when, so that you can plan accordingly [if] you need to be somewhere early or leave later. Of course, we work with the Tour of Alberta; they are going to have sheriffs that move along with the race.”

They’ll be responsible for major intersections, along with Tour of Alberta course marshals, so local volunteers won’t be in dangerous situations.

The Tour will be about more than just the race itself. Festivals will be set up at both locations, with live entertainment, food vendors, and fun, family-oriented activities. Events are also planned for the Philip J. Currie Dinosaur Museum. Freyn argues that not only will be a way to showcase the area to a worldwide audience, it will also be a boost to the local economy.

“We’re talking about a moving group of over 1,100 people… Unlike them just coming in for one stage or one start and then leaving, we’re going to be getting them for days, so that is massive to our food industry, to our hotel industry, and to all those things that then trickle out.”

Anyone interested in more info on the route or how to volunteer can visit the City’s website.