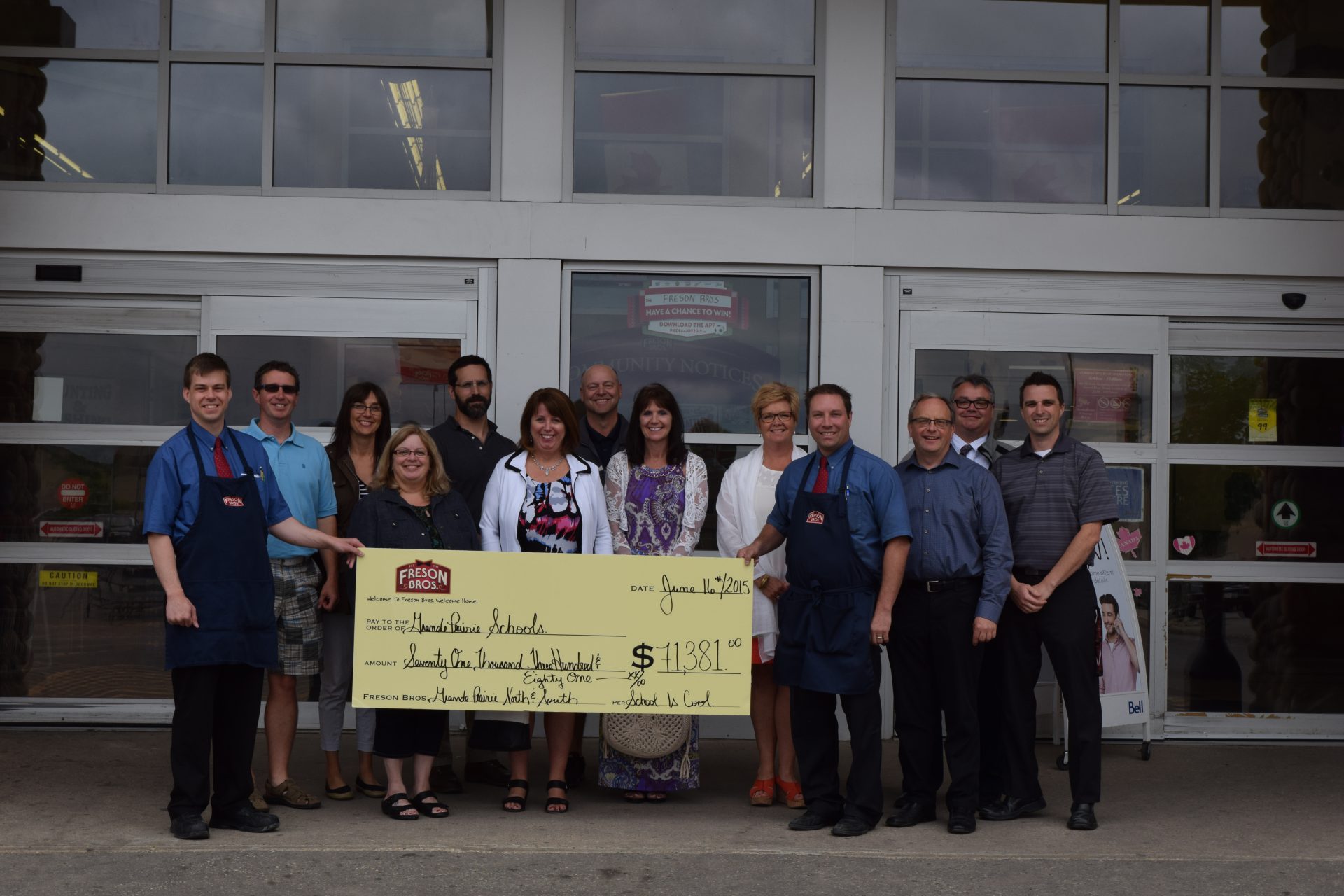 Over the past two and half year, Freson Bros. customers have helped raise more than $71,000 for local students. A cheque was presented to the Grande Prairie Public and Catholic School Districts today, a portion of which will be divided amongst all of their schools over the next week.

Both the North and South Freson Bros. have run the ongoing “School is Cool” fundraiser on an ongoing basis, asking for donations from customers at the till. Superintendents of both school divisions, along with several principals, were on hand for the cheque presentation by the family-owned grocer.