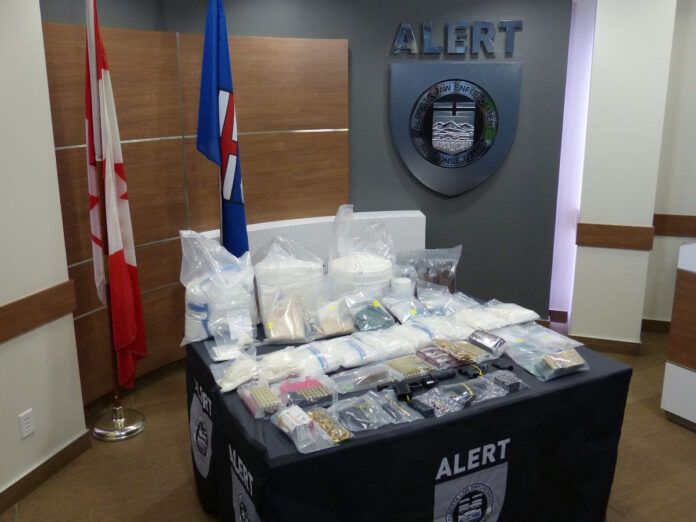 A 22-year-old Grande Prairie man is one of five people facing charges from a million-dollar drug bust in Edmonton.

Back in November of 2021, ALERT Edmonton’s organized crime and gang team executed several search warrants related to the investigation of an interprovincial drug trafficking network. Police searched three homes in the Edmonton area and two vehicles were stopped and searched in Whitecourt and Red Deer.

From the searches, police reportedly seized 8.5 kilograms of meth, along with fentanyl, buffing agents, a significant amount of GHB, opioid pills, and unidentified powders. Police also seized three handguns along with more than 600 rounds of ammunition and $16,255 cash.

It was confirmed Wednesday that 22-year-old Zachary Edwards-Swanson of Grande Prairie is one of four people arrested and facing charges. However, police say a fifth suspect, 31-year-old David Nguyen, remains at large. Authorities are asking anyone with information on his whereabouts to come forward but suggest it’s possible he may have fled the country.