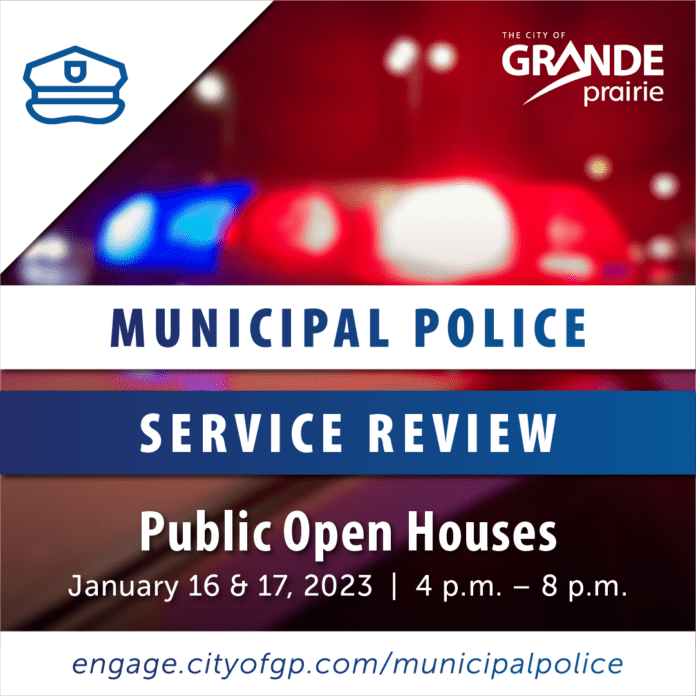 The City of Grande Prairie is moving on to the next steps of public consultation when it comes to its Municipal Police Service review.

There will be two open houses held in the middle of the month at the Teresa Sargent Hall in the Montrose Cultural Centre. Attendees will learn about the similarities and differences between the RCMP and the proposed municipal police service.

The open houses are meant to allow the public to share their feedback on what they would want from a municipal police service and how it could best serve the community.

MNP will facilitate the two open houses being held on January 16th and 17th from 4:00 to 8:00 p.m. The city hired the company to facilitate community engagement in late 2022.

In December, residents had the opportunity to complete an online survey as the first part of the public consultation. Aside from the open house, MNP will also conduct interviews with residents along with a focus group.

Results from all public consultations will be presented to Grande Prairie city council early this year. The information is meant to inform council’s decision on whether to continue to contract the RCMP to police the city or to establish a new municipal police service.