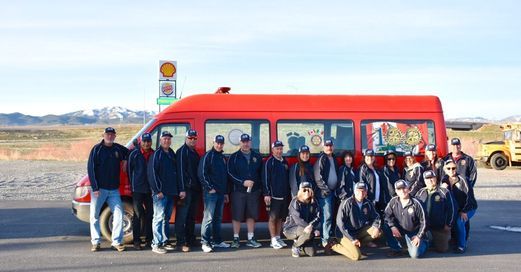 Twenty-two drivers in 11 vehicles are headed from Grande Prairie to Mexico for the Mazatlán, Mexico for the Highway to Mexico Project. The project is a combined effort of the Rotary Club Swan City, the Grande Prairie Rotary Club, the Grande Prairie Rotary After Five, Edson Rotary Club and the Peace River Rotary Club, the 22 drivers that are headed to Mexico are members of these organizations. The convoy, which includes a 75-foot Ariel Fire Truck, a 50-foot Ariel Fire Truck, two pumper trucks, a 56-passenger school bus, a Handy bus, and five ambulances, will travel 5,500km over the next eight days to the Mexican city. Once the convoy reaches Mazatlán the vehicles will be distributed to several fire departments, not-for-profit associations and municipal hospitals.

The Highway to Mexico Project has been around for 20 years and during that time over 100 vehicles were delivered to Mazatlán in partnership with the local Rotary Clubs. Out of all the vehicles that have been taken south of the border, only four have been taken out of service due to their age. Along with the vehicles the project also delivers firefighting gear, ambulance equipment and other supplies. In the time that the project has been around over one million dollars worth of used equipment has been delivered and used by firefighters to save lives and protect themselves when on a call. The project is also credited for the start-up and opening of several fire departments in smaller cities and villages around Mazatlán. Before receiving a fire truck, ambulance, or protective equipment, these small cities and villages used old pickup trucks and portable pumps to put out fires.

The individual Rotary clubs involved supply funding for things like travel, fuel, and insurance, while the drivers themselves donate their time. Equipment is donated by several municipalities and industrial safety companies. The vehicles and gear that are donated are being replaced by new items because they considered no longer safe in Canada but can be used for many more years by fire departments in Mexico.