Revised secondary suite restrictions back up for consideration 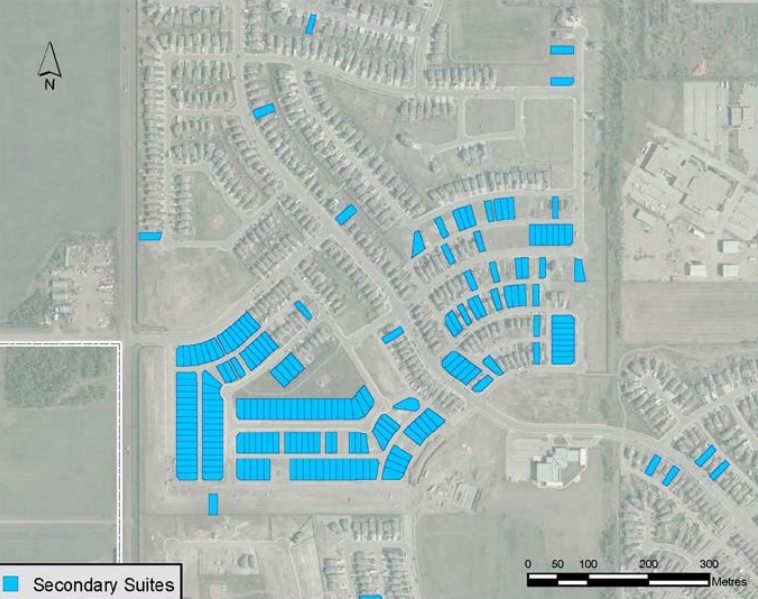 Proposed restrictions to secondary suites in Grande Prairie are headed back to city council for a second public hearing next month. After more consultation with stakeholders, two changes have been made to the proposed Land Use Bylaw Amendment.

City Planner Alison Downing says there would be a two year grace period included in the amendment to exempt homeowners from the limit of three secondary suites in a 50 metre radius.

“If somebody has an existing unauthorized suite, then they have two years without having to meet the ‘three within a 50 metre radius’ rule. After that, if they came forward to us and there was already three suites within their 50 metre buffer, they wouldn’t be able to make their suite legal.”

The other change will allow suites only on properties that are bigger than 12.2 metres, or 11 metres if there is a lane way.

“I think that to do it properly the regulations are pretty stiff on existing houses. I believe a lot of homeowners are just going to leave it as is and they’re just going to continue to operate as long as they can.”

In order for suites to be legal they have to meet the city’s development standards and be up to fire code, which Downing says could come at considerable cost to the owner of the suite.