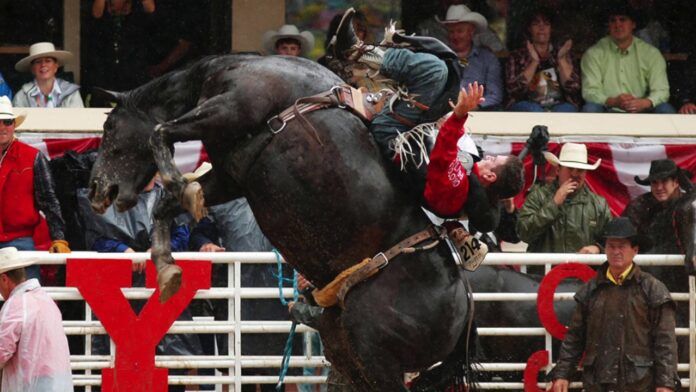 “That year everything just worked right, my equipment worked, my body worked, I wasn’t sore,” LaValley says. “You know I was having some luck on my side too, and everything seemed to be the way I felt it should be.”

Around the Peace Country LaValley won the GP Stompede twice, the High Prairie Elks Pro Rodeo three times and the Dawson Creek Exhibition twice. In 2010 he also tied the GP Stompede Record with an 88-point ride. Over his career though he says he very rarely got nervous, and one of the times that stuck out to him was when he was involved in a Calgary Stampede bucking horse.

“Anytime I drew Grated Sugar I got nervous. He was one of the strongest horses I had ever been on and just the way he bucked and I road, I would always end up sore after.”

LaValley says the best piece of advice he can give is that everything comes down to mindset; if you believe you are a champion, then you will be one.