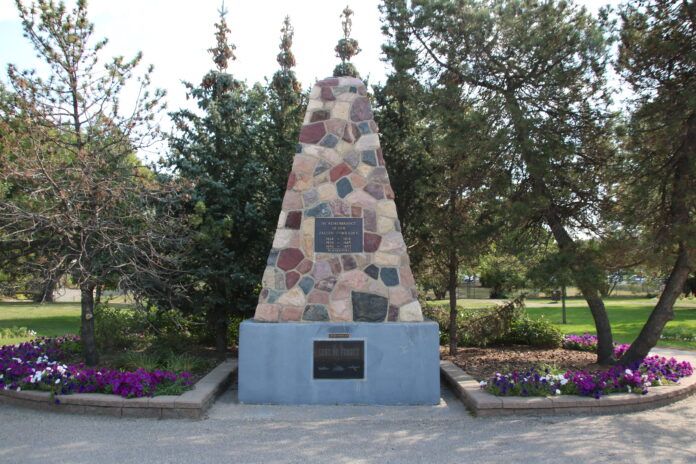 The Royal Canadian Legion Branch Number 54 will be hosting a ceremony to honour the life of Queen Elizabeth II, in conjunction with her state funeral on September 19th.

Executive Board Secretary Sue Reid says the event will begin at 10:30 a.m with the Parade of the Colour Party, which will include a march of Veterans, Commissionaires, Canadian Armed Forces members, RCMP and Cadets marching toward the Cenotaph at Jubilee Park.

The ceremony will include a two-minute silence at 11 a.m. to mark the start of the state funeral at Westminster Abbey in London.

Reid says it is a privilege to honour the life of Queen Elizabeth II in Grande Prairie and expects a large crowd to gather to pay their respects.

“From the moment her passing was announced we had phone calls,” she says. “The phone lines lit up asking what we were doing, what is being done and how they could partake in the ceremony.”

“Any Canadian, really, but anyone who has any military background or military ties instantly wants to take part and to honour her,” she adds.

Reid says while the ceremony will involve members of the military, legion or federal law enforcement, members of the public are invited to the cenotaph to view the event.

“It’s quite a large area in the part, and we are asking people to gather before 10:30 because the colour guard will march in at that time, then the ceremony starts shortly thereafter at 11 a.m. when the funeral begins in London.”