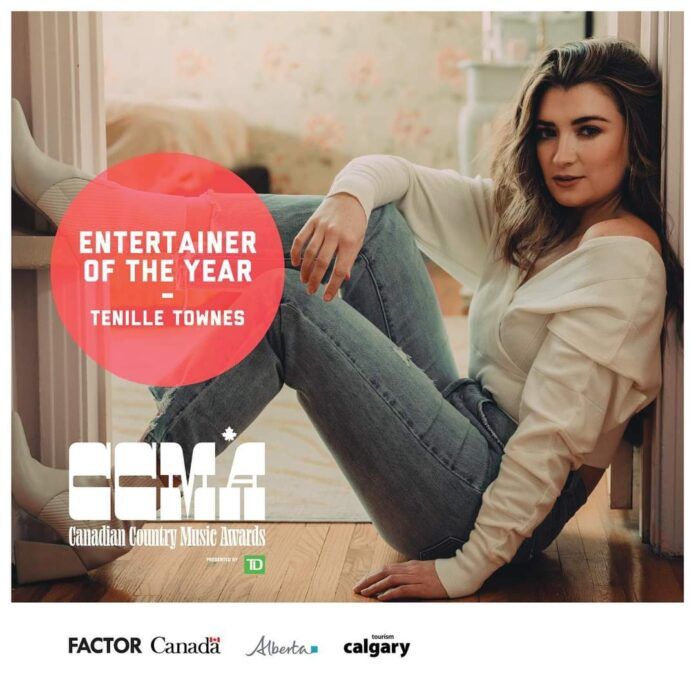 It was Tenille Townes’ night at the Canadian Country Music Association Awards. The Grande Prairie native not only co-hosted the ceremonies, but also left with five trophies.

Accepting her awards, she paid tribute to female artists before her and shouted out her hometown.

“Thank you guys for listening to my music and making this Grande Prairie girl’s dream come true.”

Townes now has 14 CCMA awards under her belt. She also closed Sunday night’s show with a performance of her new song “The Last Time”.

Spirit River’s Aaron Goodvin was nomknated for Interactive Artist of Group of the Year and Single of the Year for his song “Boy Like Me”.