It’s believed a man suspected in the murder of a Cadotte Lake man may be in the Peace River area. Alberta RCMP Major Crimes says it has been unable to locate 30-year-old Brenon Blake Gray since the shooting on July 26th despite extensive efforts.

35-year-old Romeo Flett was found shot inside a home in the Woodland Cree First Nation hamlet and was flown by air ambulance to an Edmonton hospital where he succumbed to his injuries. On July 30th, the RCMP said Gray, also a Cadotte Lake resident, was wanted for first degree murder and was considered armed and dangerous.

Gray is described as 5’8″ and 185 pounds with a medium complexion and facial tattoos. He has brown hair and brown eyes.

Anyone with information on the suspect’s whereabouts is asked to contact the Peace River RCMP detachment at 780-624-6677. If seen, the public is urged not to approach and to instead call 9-1-1. 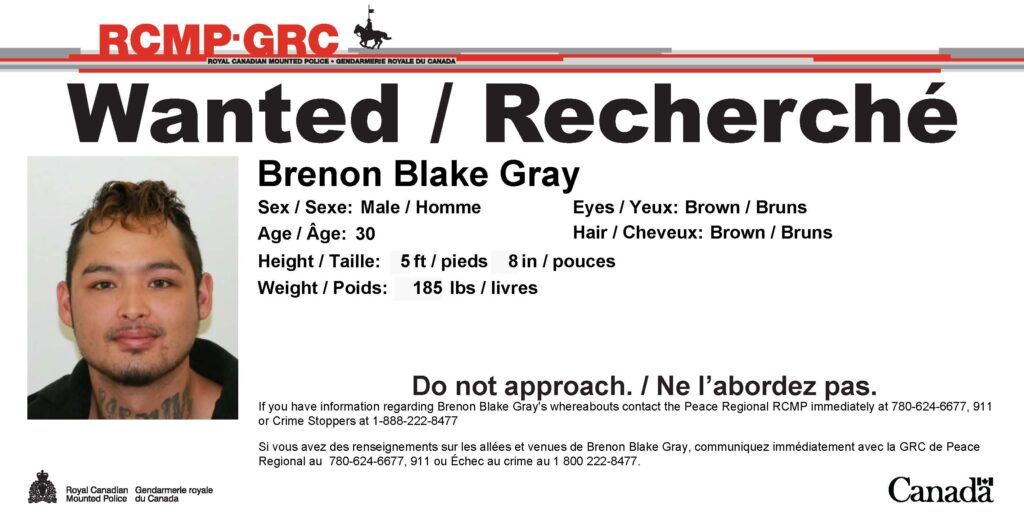