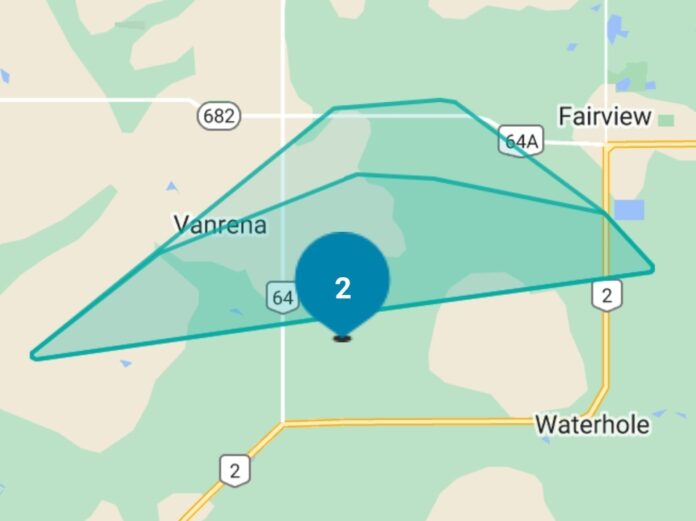 UPDATE: ATCO says the estimated time of power restoration for those in the dark in Hines Creek and surrounding area is now 5 p.m Saturday.

ATCO says severe weather has caused a power outage in the Fairview area as well as surrounding areas like Hines Creek. It’s reported crews are working to restore power as of 10:50 p.m.

People are urged to stay at least 15 metres away from any downed lines.

A tornado warning was issued for the region Friday as a severe thunderstorm made its way through the area. Social media reports indicate some trees have been knocked down along with power lines, as well as other damage.