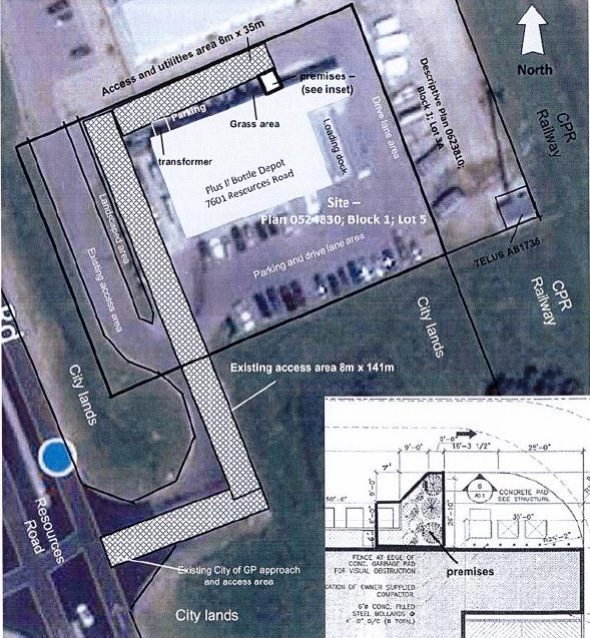 Whether or not Rogers will pursue erecting another wireless telecommunications tower on Resources Road is uncertain after a request to do so on the Bottle Depot site was rejected by the city.

The proposal, which would have placed the tower to the north of the Bottle Depot, met quite a bit of opposition from next door neighbor Maxim Storage. While he isn’t opposed to the tower itself, Managing Partner Frank Wright says the location Rogers had hoped to build in would have caused congestion issues.

“That has a spillover effect on the entrance to Maxim Storage. We frequently have people pulling trucks full of recycle bottles driving onto our lot, causing disruptions here. At any rate, that was our reason for opposing that location.”

Wright says Rogers had initially approached Maxim Storage about building the tower on their property, next to an existing Telus Tower, and that they are still open to such a plan.

“We just hope that if Rogers wants to pursue a tower in this area that they look at either reconsidering putting it on our lot or putting it adjacent to our lot in that southeast corner.”

It’s not yet clear if Rogers will approach the city again with plans for a different site.