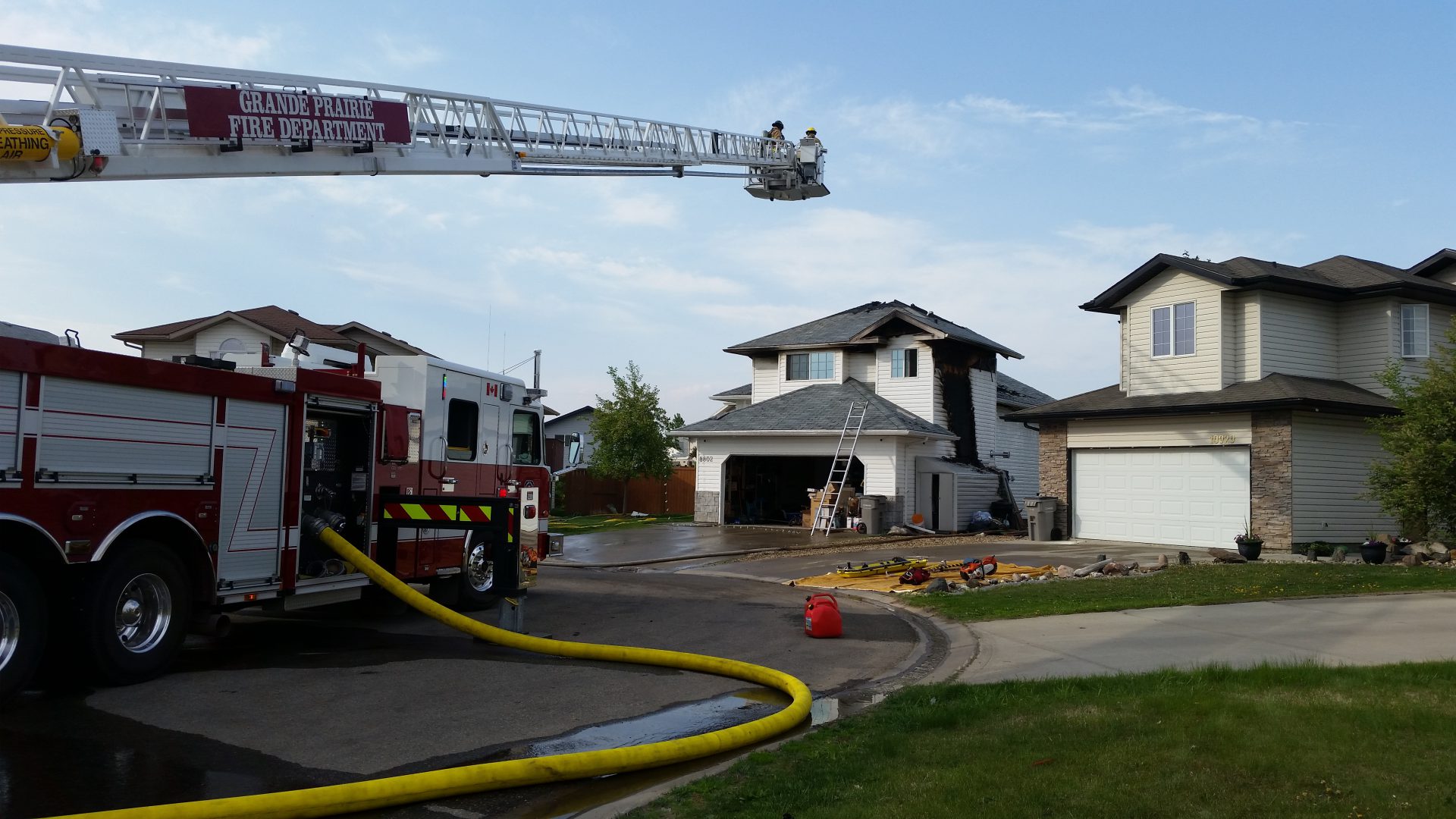 The Grande Prairie Fire Department is now investigating what caused an fire in Crystal Heights Sunday. The call came in just before 6 p.m., and Platoon Chief Steve Larsen says there’s evidence it started on the outside of the home, and was aggressive getting into the second floor and attic.

Crews were able to extinguish it quickly, working at times against strong wind. Fortunately, everyone inside at the time was able to get out safely.

It was a busy weekend for the department, responding to a freezer fire in an Emerald Manor apartment earlier in the night, and a house fire in Avondale early Saturday morning that caused extensive damage.

“It has been very busy as of late,” says Larsen, “We’ve certainly seen an increase and rise on the incidents and fires going on; it’s been a challenge.”

Larsen says they’re prepared for influxes like this, but encourages residents to be aware of their surroundings, especially with fire advisories in place.

“Not only in the rural areas, in the forest areas; I mean, those apply to the city as well. [We] just really ask people to if they are having a fire or are using barbecues or anything, just be aware that these dry conditions can really just happen so quickly.”