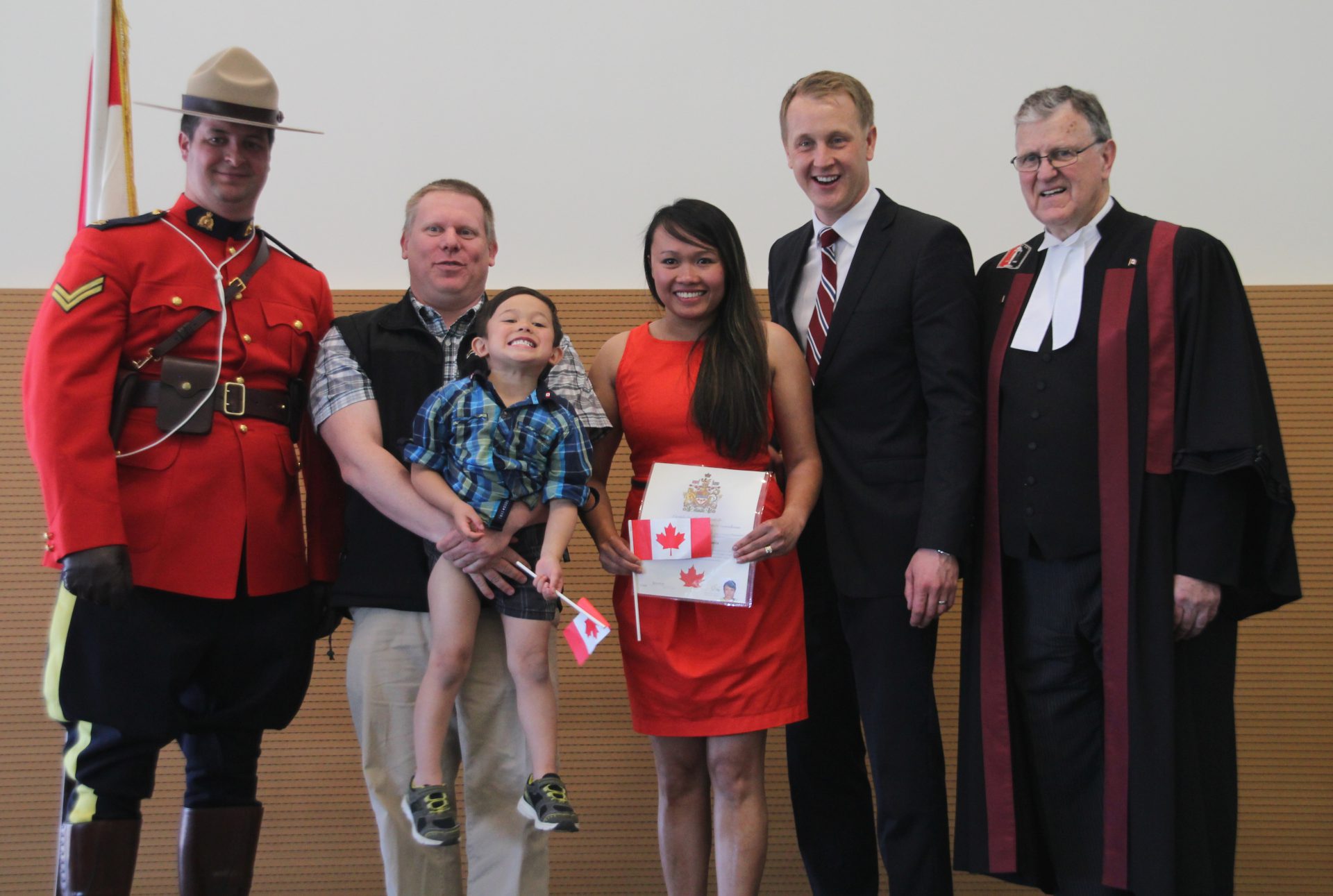 For Wilfred Chikoto, being a Canadian citizen is about one thing: freedom.

Chikoto was born in Zimbabwe and moved to Grande Prairie in 2006. He was one of more than 330 area residents who became Canadian citizens this week during ceremonies at the Teresa Sargent Hall. Chikoto adds that being able to vote is another privilege of citizenship that he will embrace.

That’s something that new citizen Jenny Ibbotson is looking forward too as well. Ibbotson was previously a dual citizen of Switzerland and the U-S, but after a decade in Canada, is excited to finally call herself a Canuck.

“Having been part of the community in Grande Prairie for a number of years, I was already invested as a member, but now I have the ability to vote; I’m just very thankful.”

After meeting all eligibility requirements like criminal record checks and language and knowledge requirements, the new Canadians take an oath of citizenship before a judge. Last year, close to 200 GP residents became citizens.