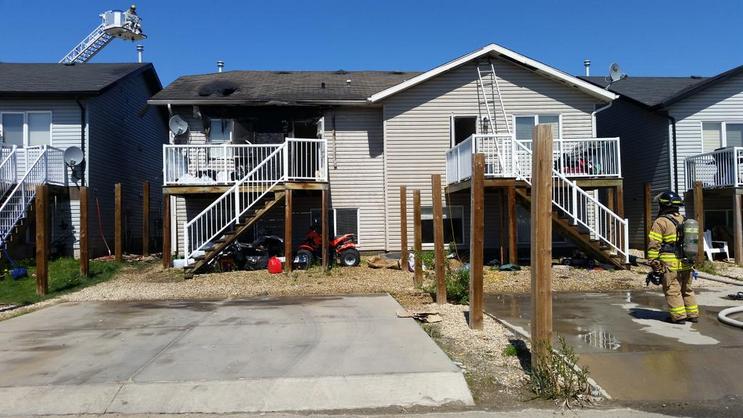 UPDATE: Platoon Chief Ryan Nash says the fire department’s quick response meant the fire was primarily contained to the duplex it started in. A nearby duplex received only minor heat damage. The fire is still under investigation, with no estimate of the cost of damage.

The Grande Prairie Fire Department is responding to a duplex fire on 131st Avenue near 91A Street off of Lakeland Drive.

The call came in just after 1:30 p.m., and the building was fully involved in smoke and flames when crews arrived. The flames were contained to the duplex and didn’t spread to nearby home.

No one was inside at the time, and firefighters are now working to knock the fire down.