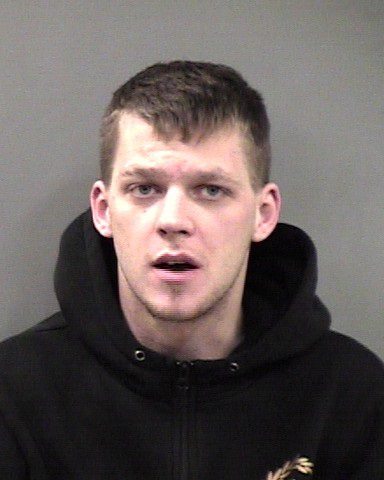 UPDATE: RCMP have found and arrested a man wanted on outstanding warrants.

Police say 25 year old Brandon Bjorgan was arrested without incident around 4:30 pm yesterday at a home in Grande Prairie. He is facing a number of charges including robbery, assault with a weapon, careless use of a firearm, uttering threats, and pointing a firearm.

He has been remanded into police custody and is awaiting a bail hearing.

Grande Prairie RCMP is looking for a wanted man who’s considered armed and dangerous. 25 year old Brandon Michael Allen Bjorgan is wanted on a number of outstanding warrants for charges that include robbery, assault with a weapon, possession of a firearm and uttering threats.

RCMP is investigating Bjorgan for allegedly stealing a pickup truck and assaulting a female with a sawed off shotgun. He does not have a fixed address, but has lived in Grande Prairie, Manning and Edmonton.

He’s described as Caucasian, 6’2″, 170 pounds with blonde hair and blue eyes. If seen, he should not be approached. Anyone with info is asked to contact police or Crime Stoppers.