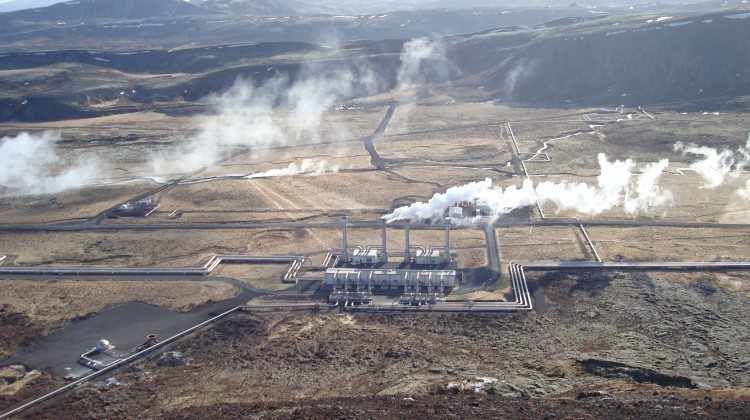 City Council is excited about an opportunity to explore the potential for harnessing geothermal energy in our region. Council received a presentation at last night’s meeting from Jonathan Banks, a research associate from the University of Alberta. He says he is looking to build a portfolio on the top ten geothermal producing locations in Alberta, some of the best of which are in the Grande Prairie and Hinton areas.

“In the area around Hinton you can get to much hotter temperatures but then it becomes a trade off between the cost of drilling that deep and also much less is known about the reservoirs in that area. Grande Prairie, I would say, is our top target because we know more about what we’re trying to do here than in other places where more exploration is required.”

It’s expected to take about a year to build reservoir models for all ten of the sites in the province. Banks says they have a few financial backers but municipal support will make up a large chunk of their budget.

“The budget for doing these basic reservoir models for these top ten sites that we’ve identified is $130,000 over the year. There is some government money that’s probably available in matching funds and we’re looking at raising about half of that $130,000 through local municipalities.”

Eventually the goal is to build a 2 Megawatt Geothermal Demonstration Plant at one of the 10 sites, though Banks says there are a number of obstacles to face before that can happen.

There is the issue of raising the $15 million required to build such a plant, but Banks says an even bigger hurdle is that there is currently no regulatory framework legislation in the province regarding the construction of a geothermal plant.

But Banks says when the demo plant becomes a possibility, somewhere in or around Grande Prairie would be a great location for it.

“It is feasible to do it right in the city limits, barring whatever regulations there are for bringing a drilling rig into downtown. There’s actually plenty of space right around City Hall to drill a couple geothermal rigs.”

City Council voted unanimously in favour of participating in the research project, and have asked administration to look into sources to provide a portion of the project’s funding.