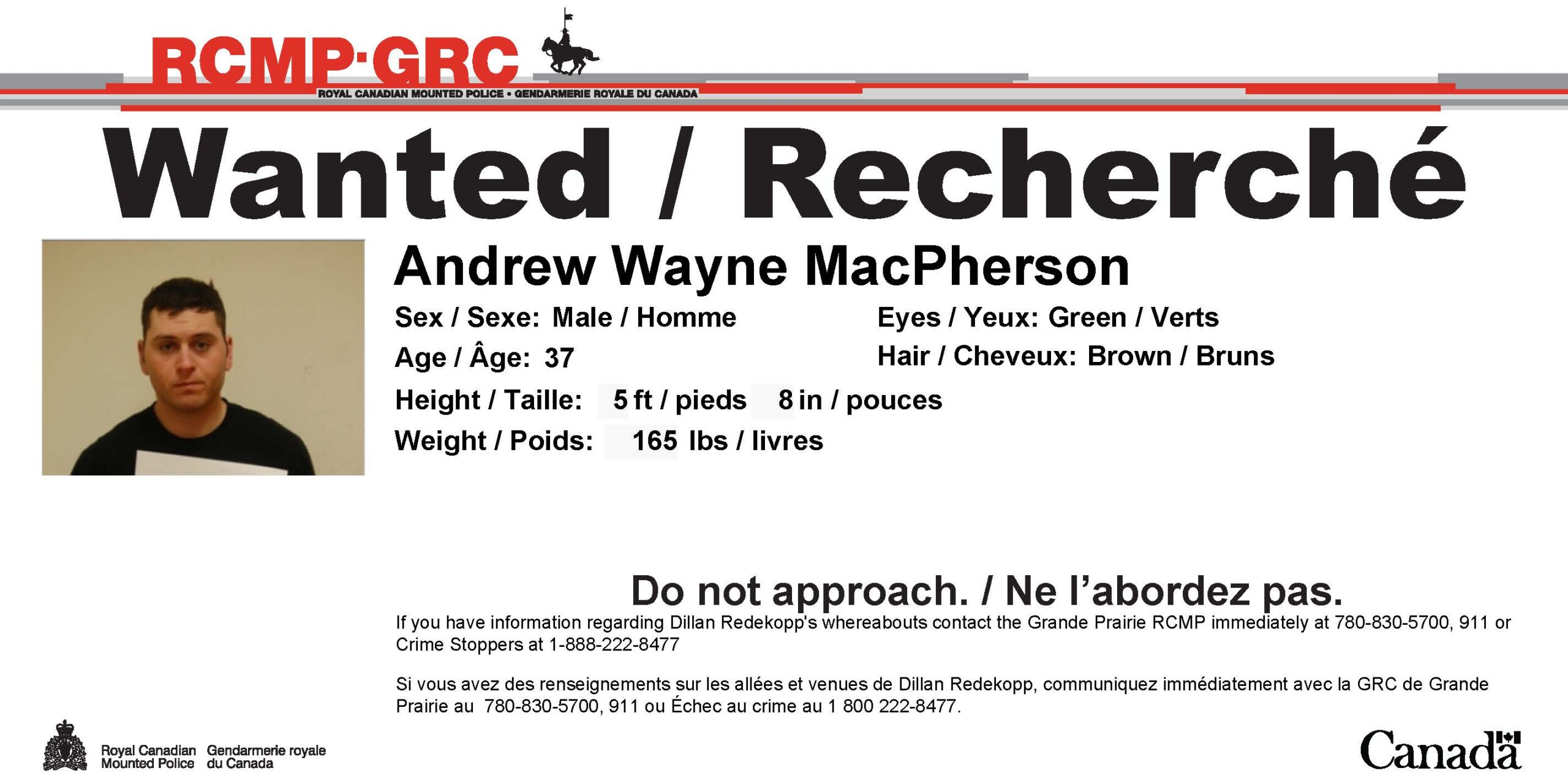 The Grande Prairie RCMP are looking to the public to help them track down a man believed to be involved with a shooting earlier this week.

Police say the incident took place on February 14th near Range Road 72 and Township Road 714. One man suffered a gun shot wound to the back, but the injuries were reported as serious, but non-life-threatening.

Police are searching for 37-year-old Andrew Wayne MacPherson, who is believed to frequent the Grande Prairie area.

Mounties say MacPherson has been charged with the discharging a firearm with intent, aggravated assault, careless use of firearm, unauthorized possession of a firearm, and two counts of failing to comply with undertaking.

MacPherson is described as standing 5’8″, weighing 165 pounds with brown hair, and green eyes. Police are cautioning the public to not approach MacPherson if spotted, but to contact the Grande Prairie RCMP at 780-830-5700, or the local detachment.