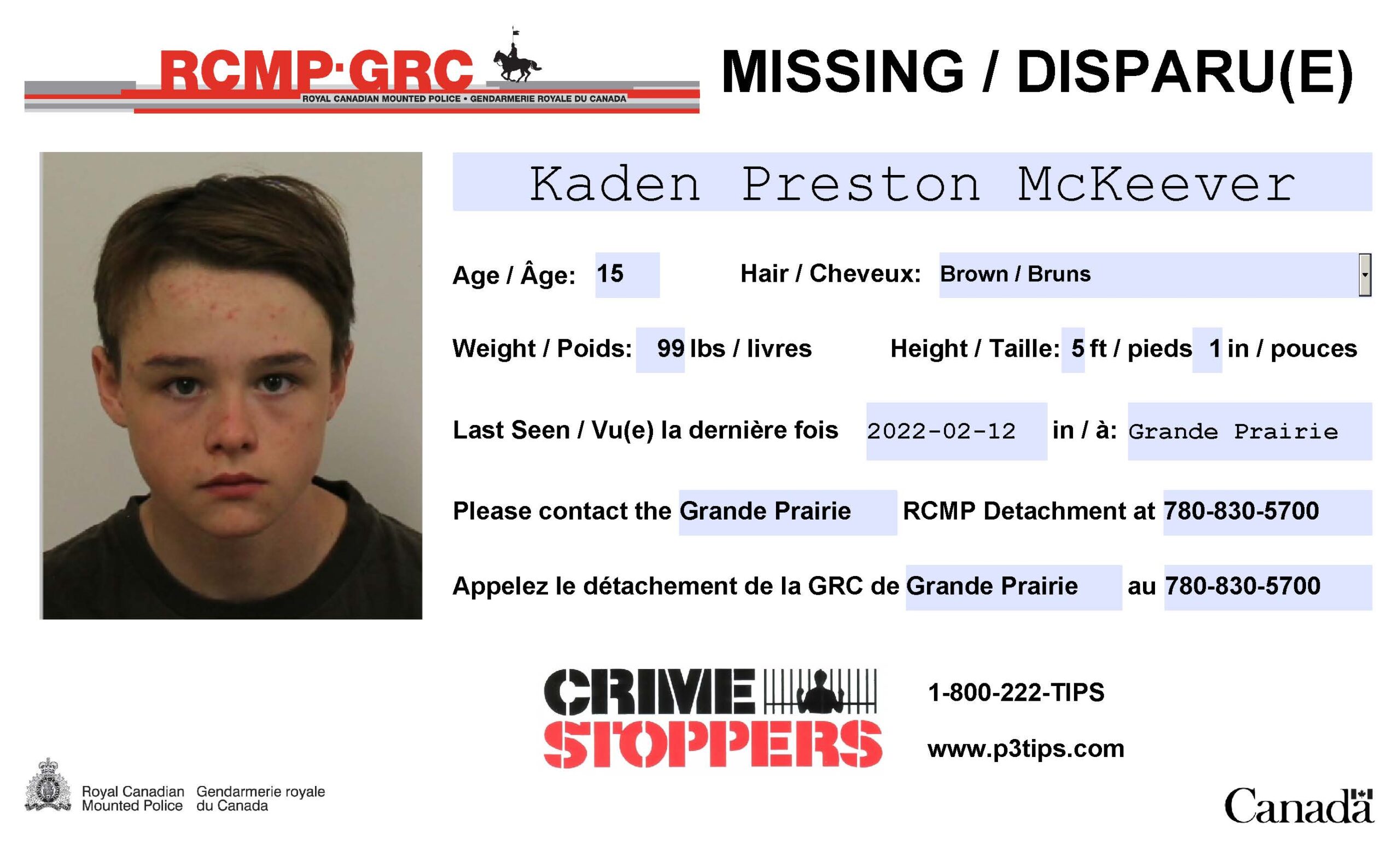 Police have reached out for the public’s help finding a missing boy. It’s reported 15-year-old Kaden Preston McKeever was last seen in the Grande Prairie area on February 12th.

Kaden is described as 5’1” and 99 pounds with brown hair and brown eyes. He was last seen wearing a black hat, a black or beige hooded sweater, and a camouflage jacket.

The RCMP says there is concern for Kaden’s wellbeing. Anyone with information on his whereabouts is asked to contact the detachment at 780-830-5700 or Crime Stoppers to remain anonymous.