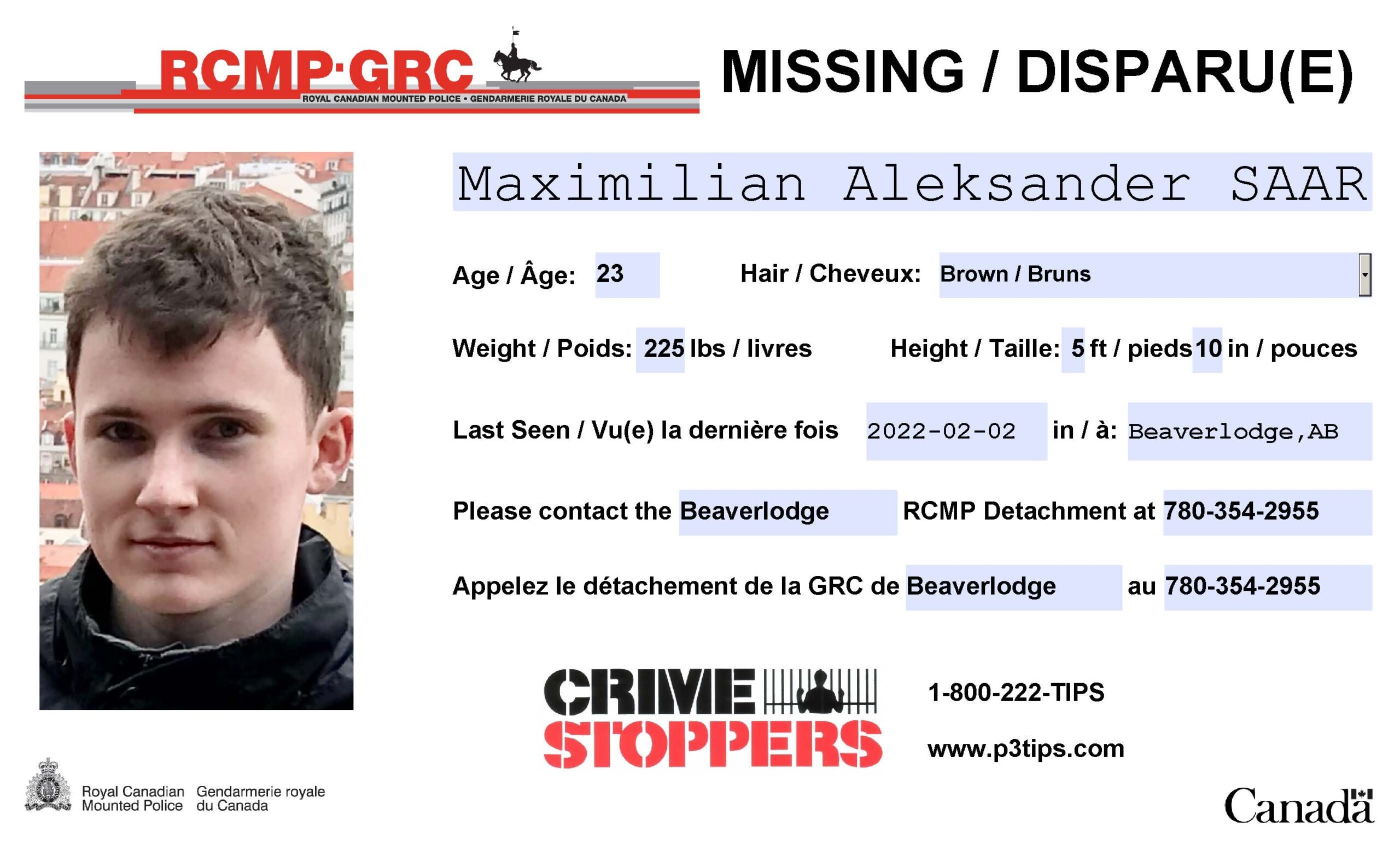 A man reported missing from Beaverlodge could be in the Grande Prairie area. The RCMP says 23-year-old Maxmilian Aleksander Saar was last heard from via text on February 2nd.

He was supposed to meet up with family later that day in Grande Prairie but hasn’t been heard from since, which is reportedly out of character for him. Police note that while Saar lives in Beaverlodge, he is known to frequent Grande Prairie.

Saar is described as 5’10 and 225 pounds with brown hair, brown eyes, and a beard. It’s noted his appearance may have changed from the provided photo as it was taken in 2018.

Saar is believed to be driving his personal vehicle, a 2019 Black Volkswagen Jetta with Alberta licence plate CKH 0977. The vehicle is said to be identifiable by damage to its front end. It’s possible he may be travelling to British Columbia.

There is concern for the man’s wellbeing. Anyone with information is asked to contact Beaverlodge RCMP or Crime Stoppers.