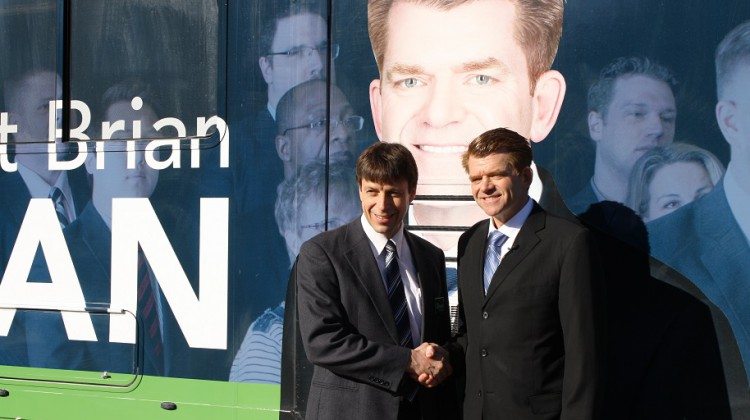 It’s Todd Loewen’s first day on the job as the new MLA for Grande Prairie-Smoky. The Wildrose Party held its first caucus meeting today, with orientation for new members to start tomorrow.

“It’s really just about getting a government that’s fair to everybody all across Alberta. If it’s fair to our constituency, it’ll be fair to other constituencies too, so if we can get that, then we’re going to have a great Alberta. There’s no reason some areas get treated better than others; there’s no reason for that, and hopefully we can bring that into government.”

Not surprisingly, Loewen was not included in today’s announcement of the six senior cabinet officers. More will be named after the NDP releases its cabinet.