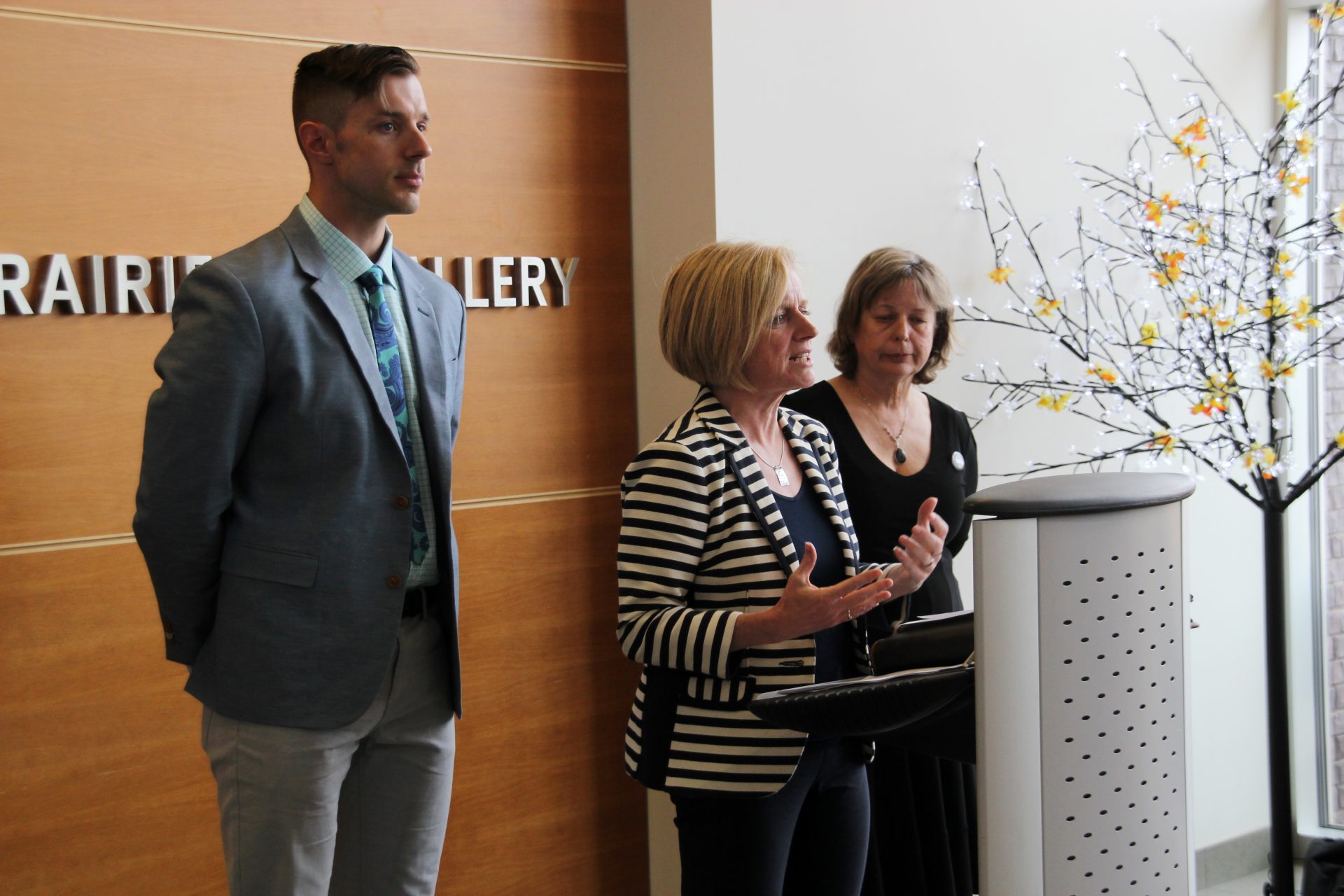 After 44 years under a Progressive Conservative government, Alberta has gone orange.

The New Democrats have been called by major media to win a majority government.

“I’m really excited and encouraged to see what’s going on. Either way, no matter what happens, Alberta is going to change, and I think that’s what Alberta was ready for; it’s certainly what we heard when we went door-to-door.”

Meanwhile, the Wildrose Party is projected to be the official opposition.

After winning his seat in Calgary-Foothills, Jim Prentice has resigned as PC leader, so an immediate byelection will be needed.

Alberta Party Leader Greg Clark won the first ever seat for the Alberta Party, in his riding of Calgary Elbow.