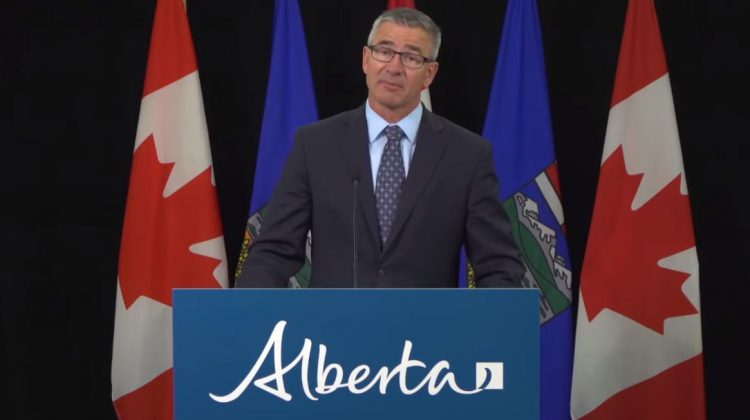 Finance Minister and Grande Prairie—Wapiti MLA Travis Toews believes the Peace Country could continue to be a good barometer of how the economic recovery is going across the province, which he believes could be buoyed by an updated economic outlook released Tuesday.

As part of the mid-year financial upgrade, Toews says the provincial deficit for 2021-22 is now forecast at $5.8 billion, a total of $12.4 billion lower than the budget estimate and $1.9 billion lower than the first quarter fiscal update. He says when he is in his home riding, he sees signs of that economic recovery on the ground.

“Certainly I see it when I drive through our community, in the form of now hiring signs,” he says. “As I visit with Grande Prairie-based service company owners and managers, the common denominator is they’re looking for staff.”

Toews says in addition to anecdotal signs of growth, projects like the $2.5 billion clean energy plant planned for the MD of Greenview are also major positives for the region long term, even if residents aren’t able to see tangible results from the multi-billion dollar investments.

“Many of the announcements that have been made recently, I mean shovels aren’t in the ground… but in terms of creating mass employment opportunity, that has yet to come, and that’s what’s so encouraging,” he says.

“As we see our unemployment rate begin to come down, as we see our labour participation rate go up… most of those opportunities do not include what will happen, in other words, the opportunities that will arrive when these projects start to get shovels in the ground and go to the build stage.”

According to numbers released by Statistics Canada earlier this month, the economic region containing Grande Prairie had an unemployment rate of 7.1 per cent in October 2021, which was a decrease from 10.9 per cent from October 2020.