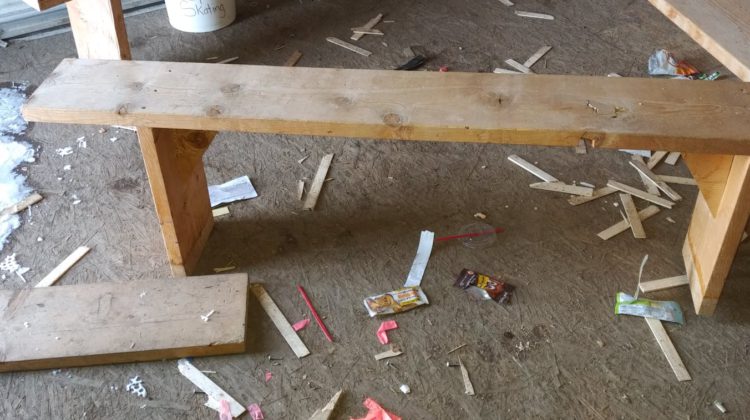 The Head Coach of the Peace Wapiti Speed Skating Club says recent damage to the Aquatera Speed Skating Oval shed doesn’t just take time to clean up, it has real impacts on volunteers who work hard to upkeep the area for public use.

In a post on social media recently, Head Coach John MacLennan says the damage was done to the shed on or around November 22nd, with the parties involved still unknown. MacLennan says in addition to damaging ropes and benches, the stakes for marking the oval were also damaged and destroyed. He says it’s unfortunately not the first time it’s happened in 2021. 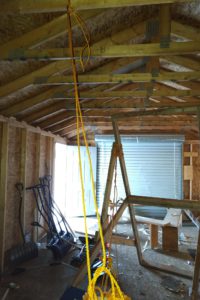 “Earlier in the fall, we actually had some vandals break in through the roof, they ripped off some shingles, and I think maybe found a weak spot in the roof and dropped in,” he says.

“They seemed to use it as a bit of a hangout spot, litter, and whatnot, but at least they haven’t done anything more destructive.”

MacLennan says while the damage will get fixed, he believes actions like this take a toll on more than infrastructure as a lot of people have put in a lot of work to make the oval a success since its inception in 2014.

“They just don’t realize the effect it has on volunteers, they will volunteer regardless, and we brush this sort of thing off, but in the moment, it’s very frustrating,” he says.

“It does affect real people and real people’s schedules in their ability to clear their schedule, get together to volunteer, and do things that are required to get the oval into operation.”

He adds they’re hoping to get the oval ready for public use by Christmas Eve, with full public skating available in the first week of January 2022.