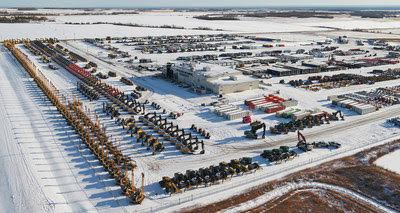 “We had a great selection of late-model, low-hour assets in Grande Prairie, with something for everyone, including yellow iron, trucks, a nice aggregate package, forestry equipment, and even real estate,” he says.

“We continued to see very aggressive bidding and robust pricing across almost every single asset category in this auction.”

The auction house says approximately 96 per cent of the equipment sold from November 22nd to 24th was to Canadian buyers, including approximately 49 per cent being purchased by Albertans.