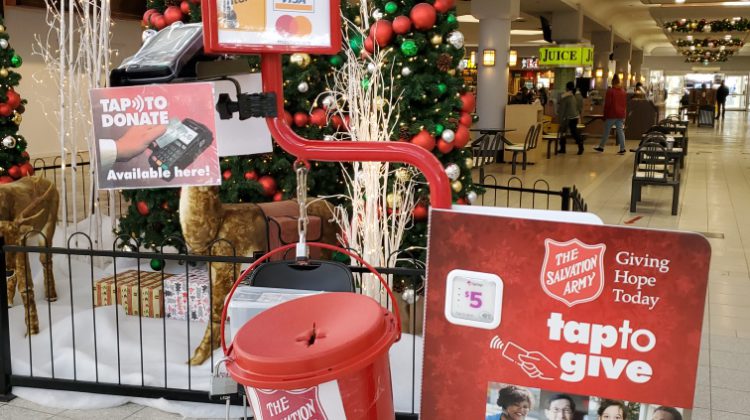 Executive Director Captain Peter Kim says as of November 23rd, just a week after the official kick-off event, they still find themselves woefully understaffed when it comes to filling their kettle locations.

“I find that people are still looking for opportunities to volunteer, and this is one of the greater opportunities in our community because it really helps so many people in need,” he says.

“If people are looking for things to do this year, we have PPE, to make sure people are safe, and we are trying to make it as touchless as possible to give,” he adds.

Kim says despite still feeling confident in hitting the $575,000 goal, they’re sitting just over $26,000 in donations after a week. He says the lack of volunteers goes hand in hand with the lower fundraising effort, as they’ve been forced to shorten shifts for the volunteers they have.

“We have shortages on shifts all throughout the week, and we’ve reduced the numbers of hours we are out to 12-6 p.m, ” he says. “Hopefully in December, we will go from 10 a.m. to 8 p.m. if we can get enough volunteers.”