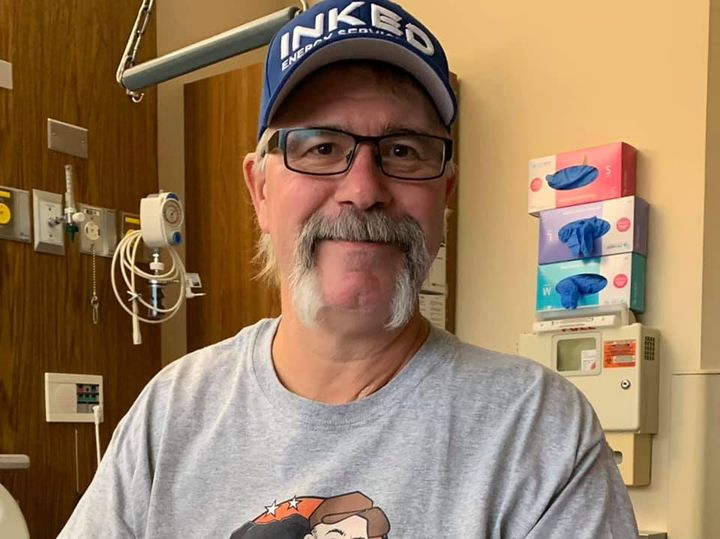 A Grovedale man who survived a horrific collision on Highway 40 the morning of October 18th says he is motivated to overcome any and become a positive influence for others as a way of paying it forward for the generosity he has seen since that fateful day.

Randy Wedler, who in addition to having both legs amputated below the knee as a result of the crash, suffered multiple fractures, cuts, and scrapes, says the support he’s received from family, friends and total strangers has been eye opening.

“Right from the get-go, even starting in the ER, everyone here has been so supportive, I’m not going to let them down,” says Randy Wedler. “If they’re willing to help me, I’ll help them. I’ll have some prosthetics under these legs, and I’ll be walking again.”

Wedler says the morning the crash happened started off like any other, as he was doing work around the farm before heading off to work a few hours later.

“My workday starts at 4:30 a.m. on the farm,” he says. “I knew there was freezing rain and a little bit of snow that morning, my deck was a little slippery… the main paved roads were more wet than frozen, so I came out at Ainsworth and went down the hill.”

A digital speed indicator on the side of the roadway was the last full memory he has of the morning.

“I turned the corner onto the bridge, and past that, I don’t remember much,” he says.

“From what I’ve heard is I must’ve lost control, the bridge deck was glare ice, so I went over to the other side, bounced off the oncoming side rail, and just like a pool ball, bounced into his front end.”

The damage to the vehicle was beyond description, the driver’s side door and roof caved in from impact. To make matters somehow worse, it’s reported a fire began somewhere on the vehicle, that’s when Wedler says both the driver of the truck he struck, and a handful of guardian angels jumped into action.

“While he and the truck driver battled the flames, three other people apparently dragged me out of the jeep,” he says. “They had me out, by the sounds of it, before the jaws of life, or anything like that ever got there.”

You can follow Randy’s progress on Facebook, and a gofundme was launched to help with any recovery related expenses.