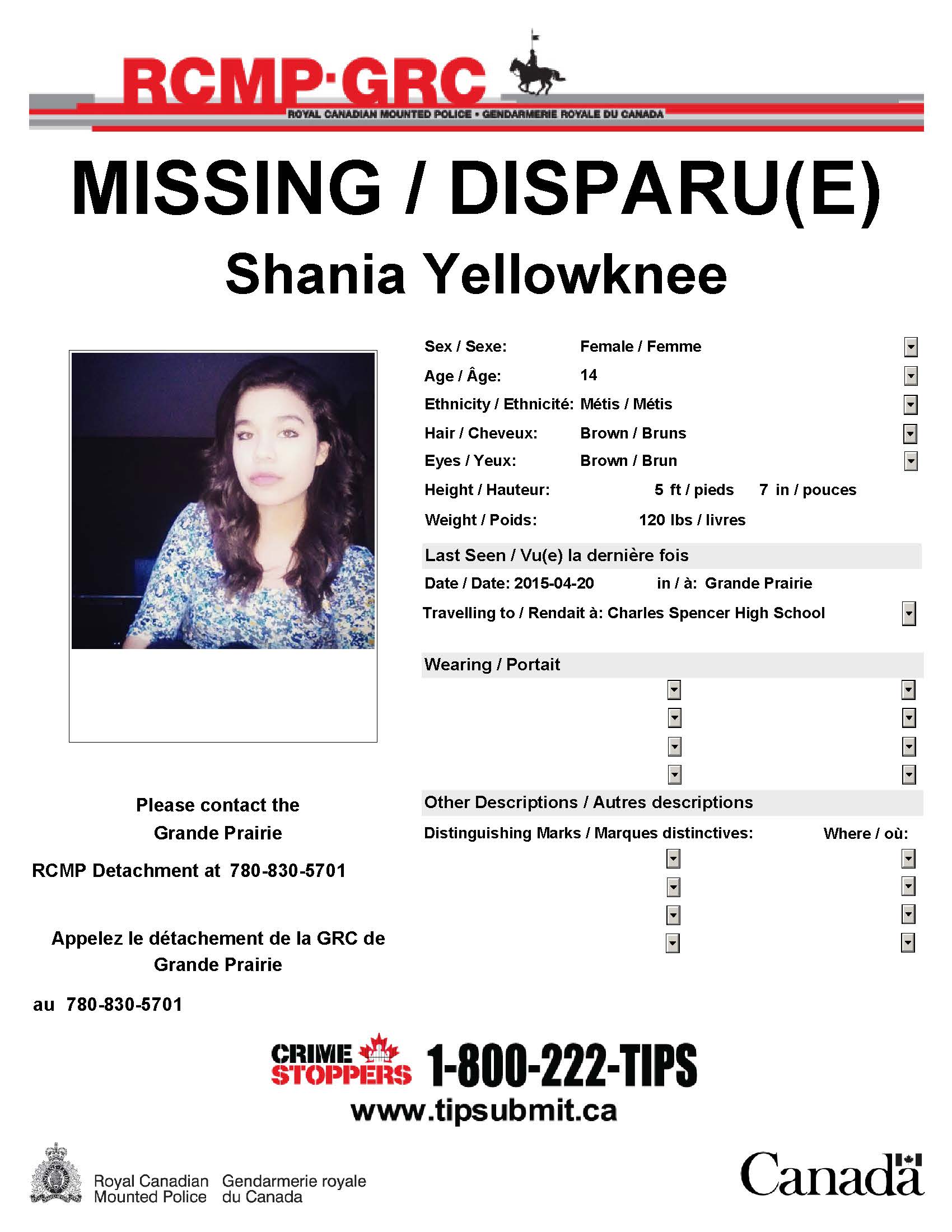 UPDATE: Shania Yellowknee has been found safe and uninjured. The public is thanked for its help in finding her.

A 14 year old Aboriginal girl has been reported missing from Grande Prairie.

Shania Yellowknee left for school on April 20th and hasn’t been heard from since. RCMP says she has been active on social media, but hasn’t been on Facebook since the 28th.

Yellowknee is described as Métis, five foot seven, 120 pounds, with brown hair and brown eyes. Her disappearance isn’t considered suspicious as this point, but her family is concerned for her wellbeing.

Anyone who has seen or spoken to her is asked to contact police or Crime Stoppers.