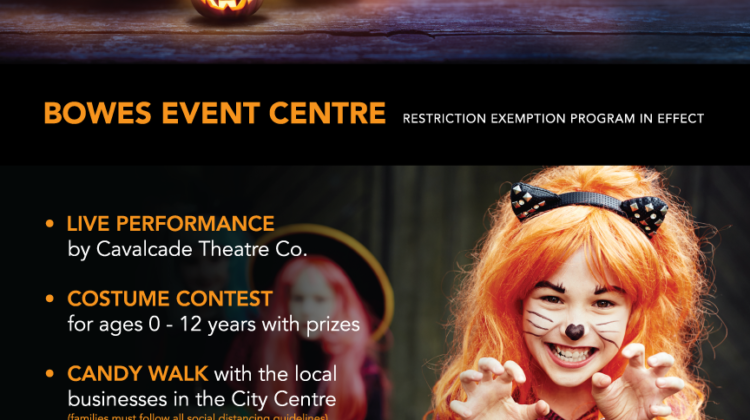 The Downtown Association annual Children’s Halloween Parade will be going ahead in 2021, with both the downtown candy walk and indoor events planned for families in the region.

The proceedings start at 11 a.m. on October 30th at the Bowes Event Centre with photo opportunities for families in costume, before a theatre show put on by the Cavalcade Theatre Company at 11:30. A costume contest will kick off at noon before the candy walk at 1 p.m. through the downtown core.

Downtown Association President Wendy Bosch says they’re thrilled to be able to offer up programming that approaches what would be normal operations. She says while they put on a parade in 2020, it felt like something was missing.

“It was cold because it was outside, and so impersonal, but it was the best we could do at that time… so we are pretty happy to bring back our walking parade almost to what it once was,” she adds.

“We are very happy to see it coming back to some level of normalcy… it’s been a long time, and we’ve missed having the kids,” she says.

Bosch says she’s particularly looking forward to seeing the candy walk back in full swing, as it is something not only the kid’s love.

“Our local businesses have always supported this over the years, it’s always been a nice way to give back to the community,” she adds.

The Downtown Association says the Restrictions Exemption Program will be in effect.