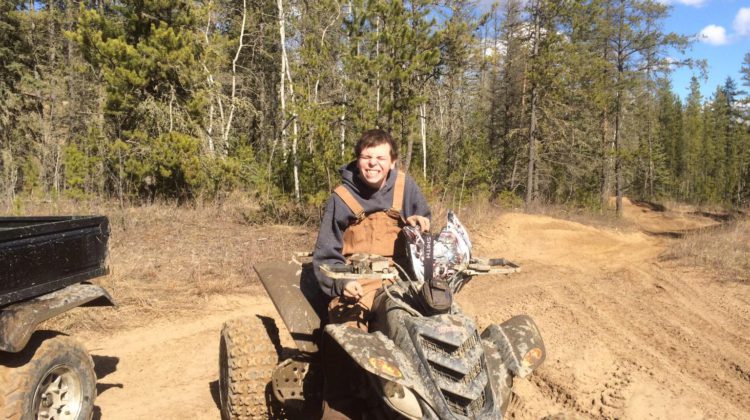 The family of a murdered Clairmont teen is using a work anniversary to help kick start a new ongoing initiative to honour his memory and help others like him get a leg up in life.

The Kyler Kindness fund, bearing the name of Kyler Commandeur, will offer support to teens from alternative educational systems to achieve their vocational goals. Commandeur was found dead on the side of Highway 677 west of Highway 2 near Woking on June 11th, 2020.

Kyler’s mother and Commandeur Mechanical owner Danielle Commandeur says the 8-year anniversary party planned for Friday will see 100 per cent of all proceeds go towards the fund.

“It’s meant to support youth who are very similar to our son, who might be struggling with the school system, or social skills… stuff like that,” she says.

“We want to be able to provide them an opportunity if they need a little bit of support to go to trade’s school, or maybe they need a pair of steel-toed boots so they can get to a work situation.”

She says they had initially looked into a scholarship but believed it would have been too restrictive for what they are hoping to achieve.

“We wanted to be able to support people in need at their time of need instead of only once a year and only a certain amount,” she adds.

Commandeur says while it’s been incredibly difficult since his passing, the family is trying their best to make such an overwhelmingly tragic situation into a positive change for others. She says it’s important to also have her son remembered for who he was, and not for the circumstances that surround his death.

“We don’t want Kyler to be remembered as the kid who was murdered… we want him remembered for the kid he was; the outgoing, friendly kid,” she says.

“He had a mental health challenge, and he had some challenges with school, but people who have those challenges aren’t bad people, they’re great people, they just need different avenues.”

The fundraiser lunch goes from 11 a.m. to 1 p.m. October 15th at Commandeur Mechanical in Clairmont. The fund was started in partnership between the Commandeur family and the John Howard Society of Grande Prairie.