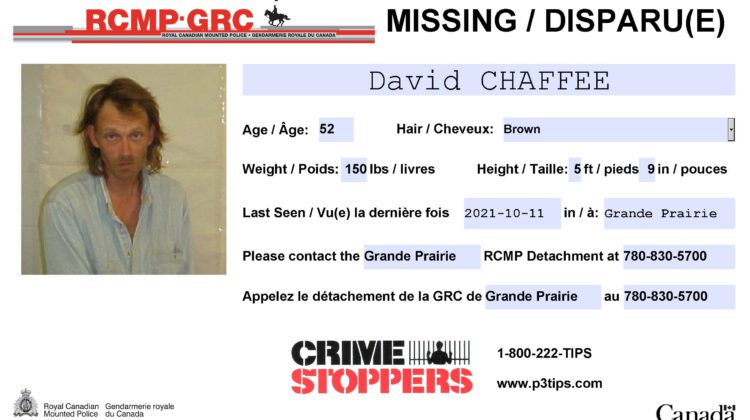 UPDATE: The RCMP says Chaffee has been found safe.

Chaffee is described as 5’9″ and 150 pounds with brown hair and blue eyes. He was last seen wearing black pants, a black jacket, a green toque, and brown and white shoes.

Anyone with information on his whereabouts is asked to contact the Grande Prairie RCMP or Crime Stoppers to remain anonymous.