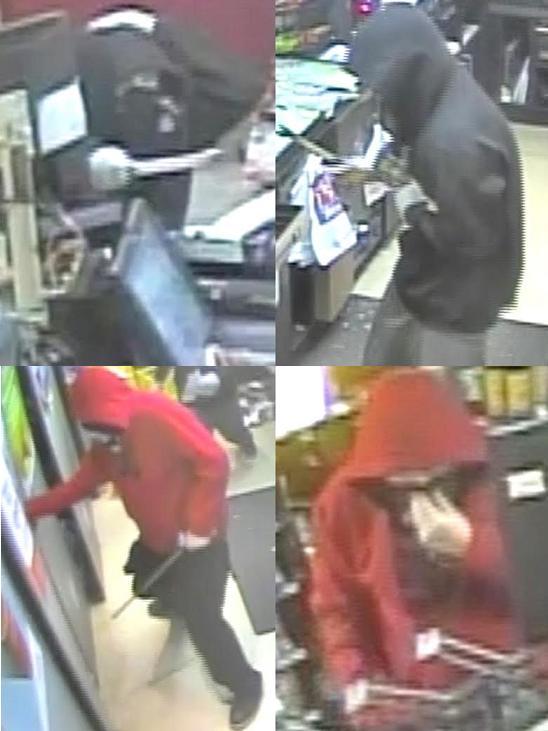 RCMP are investigating two armed robberies earlier this week that they believe are related.

The first happened Monday around 10:50 pm when two suspects entered a convenience store on Lakeland Drive where they used a knife and metal baton to threaten the employee for cash. They also took lottery tickets and cigarettes before fleeing in an unknown direction.

The second incident was later than night, around 3:20 am on Tuesday. A masked suspect entered a store on Resources Road where they threatened the clerk with a knife, demanding money.

The description of the suspect matches one of the two men from earlier. No one was hurt in either robbery.

If you have any information that could help RCMP identify either of the two men you are asked to contact the local detachment or Crime Stoppers.