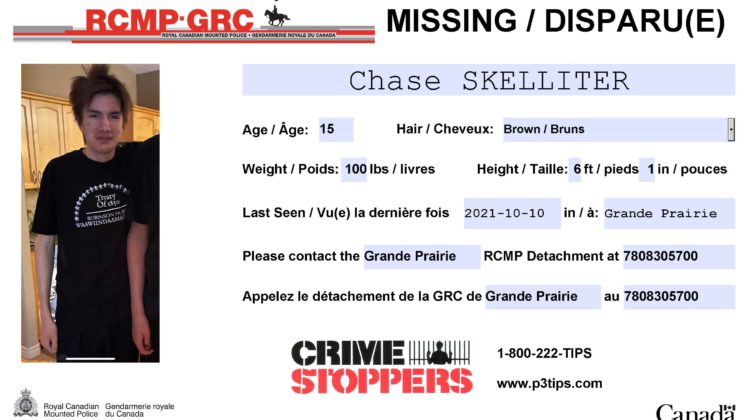 The Grande Prairie RCMP is asking for the public’s help in tracking down a missing 15-year-old.

Police say 15-year-old Chase Skelliter has not been heard from since October 10th and was last seen in Grande Prairie on September 15th. Skelliter is described as standing 6’1” tall, weighing 100 pounds with brown hair and brown eyes.

Authorities say there is a concern for Chase’s well-being, and are urging anyone with information as to Chase’s whereabouts contact the Grande Prairie RCMP at 780-830-5700, or Crime Stoppers.