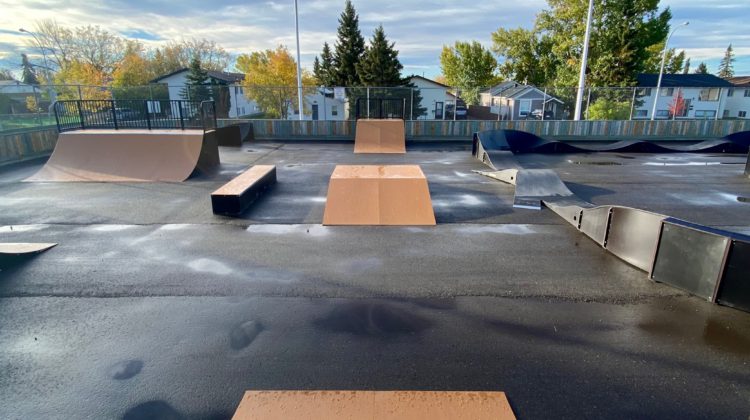 A new mobile skate park in the Hillside neighbourhood is now open to the public. Located next to Hillside school, the city says the mobile model allows for both indoor and outdoor parks to spring up in communities across the municipality.

Manager of Sport, Wellness, and Culture Stephanie Cajolais says the equipment is set for a beginner or intermediate level to try and help incorporate several sports, including skateboarding, BMX, scooters, and inline skating. She adds the project has been in the planning and development stage since March 2020.

“There has always been [an] interest in it, [and] I think the thing that’s really attractive about this particular option is that it’s mobile,” she says.

“As time progresses, we can look at moving it to different locations through the community to promote active transportation and recreation opportunities for more of the community.”

Cajolais says the plan is to keep the park outdoors as long as the weather allows. She says the expectation is it will likely be available for use until mid-October before finding a new, temporary indoor home for the colder months.

“It won’t be available for rent for individual community groups, but we will have a space to set it up during some planned time during the winter months so the community will still be able to use it,” she says.

The project was primarily paid for through the federal government’s Investing in Canada Infrastructure Program, which covered 80 per cent of the total $300,000 cost.