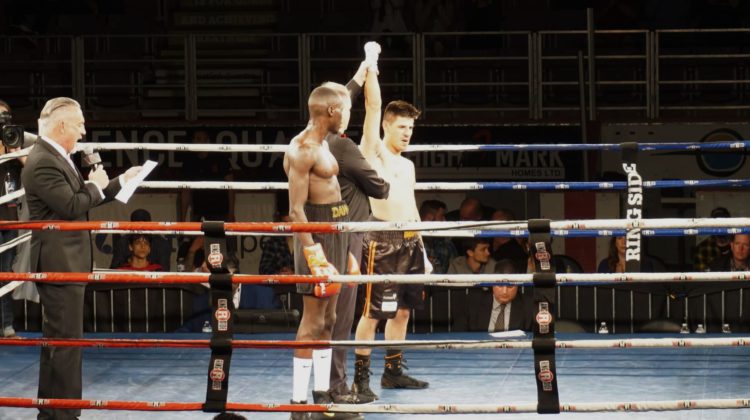 A local boxer feels on top of the world after winning his first-ever professional match in front of a hometown crowd. Luis Prieto took his debut with Ajaak Dawad by technical knockout in the second round at the Elite Championship Boxing event Saturday night.

32-year-old Prieto trains out of BPM Fitness Co. in Grande Prairie and much of the crowd was made up of his team, along with friends and family. He says that, while he was nervous going in, the support made a difference.

“I could hear all of you guys cheer. Every time I did something and the crowd [went] wild, I’m like, ‘there you go, that’s what I need!'”

As an amateur, Prieto was used to not knowing who he would be fighting until the weigh-ins. However, the welterweight had about four months to prepare for this fight, which he used to prepare for the notable height difference between him and his opponent; Prieto stands 5’8″ while Dawad is 6’4″.

“His plan was to play long, keep me away, but that’s something that we worked really hard on, getting on the inside, and it worked out. I worked on that overhand right a lot; for the past few months, we were drilling that over and over and over again.”

Coming out relatively unscathed and encouraged by his success, Prieto says he is eager to get back into the ring for another fight sometime soon.