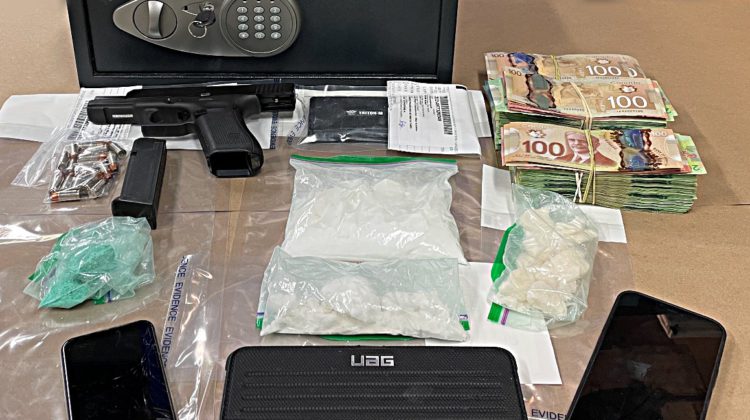 Drugs, cash, and a gun seized by RCMP on August 14th (Supplied, RCMP)

Three people are facing charges following a drug bust in Grande Prairie. The RCMP says a drug trafficking investigation led to the execution of two search warrants in the city on August 14th.

28-year-old Jordan Monette and 28-year-old Meagan Harris of Grande Prairie are both facing two counts of possession for the purpose of trafficking, possession of a weapon for a dangerous purpose, and possession of property obtained by crime under $5,000.

The youth has been released from custody with a court date set for September 27th. Monette and Harris have also been released with conditions and should be back in court on October 13th.