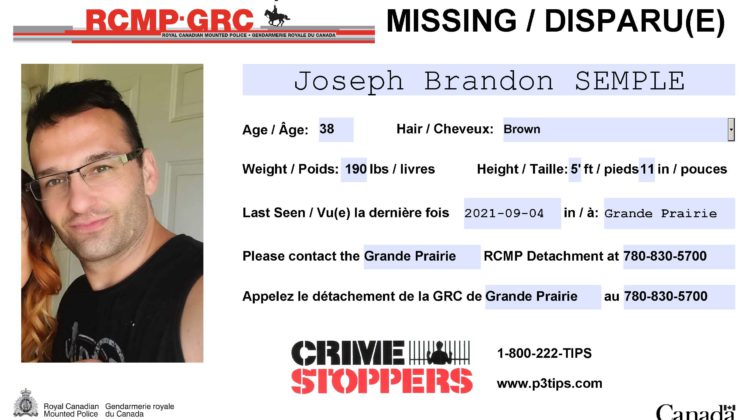 UPDATE: The RCMP says Joseph Semple was found dead on September 23rd. The circumstances are under investigation.

Police have reached out to the public for help finding a missing man. 38-year-old Joseph Semple was last seen in the area of 92 Street and 100 Avenue in Grande Prairie on September 4th.

The RCMP says Semple is 5’11 and 190 pounds with brown hair and brown eyes. There’s concern for his wellbeing and anyone with information is encouraged to contact the detachment or Crime Stoppers.