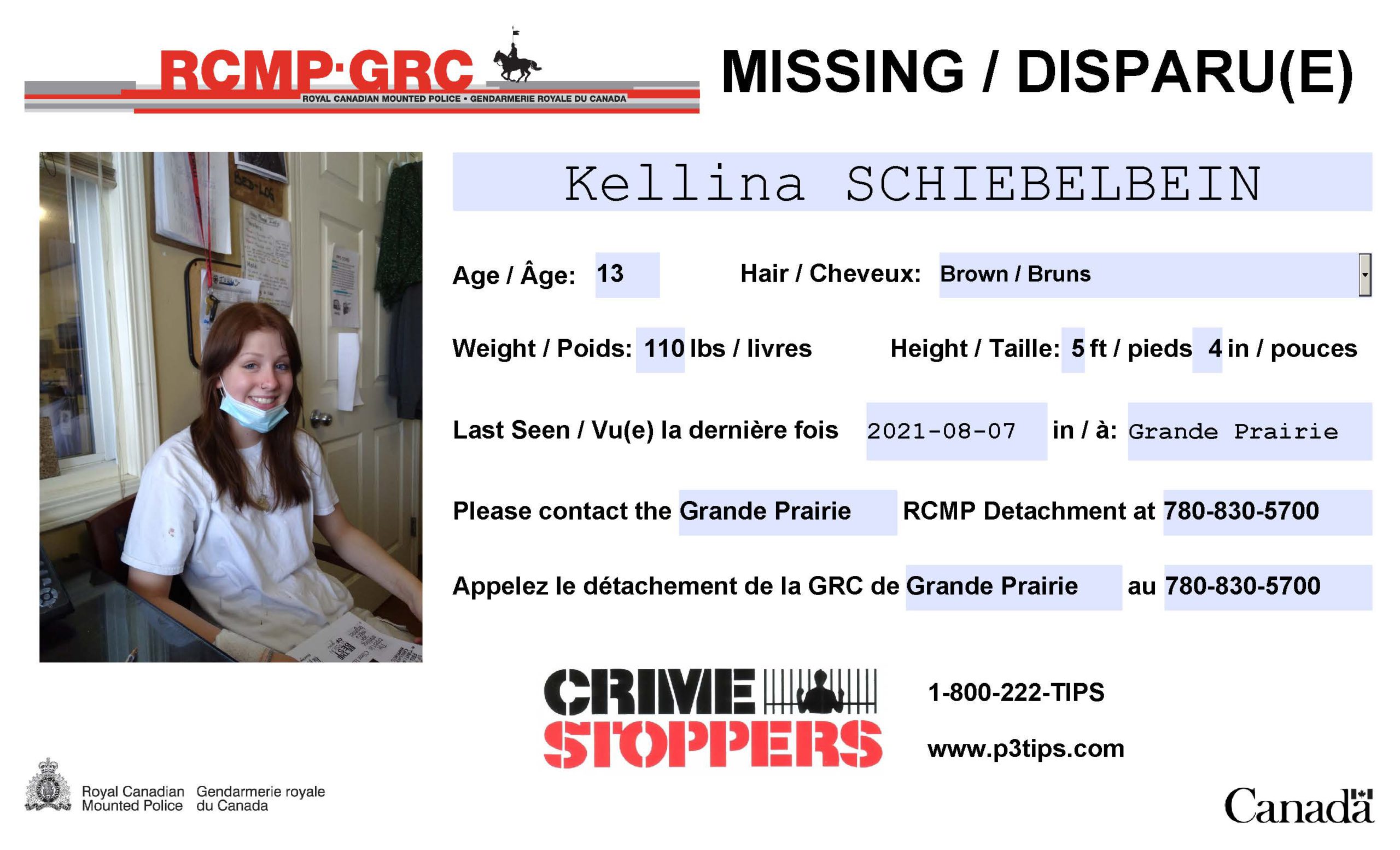 The Grande Prairie RCMP is asking for the public’s help in tracking down a missing 13-year-old.

Schiebelbein is described as 5’4” tall, weighing 110 pounds with long brown hair. She was last seen wearing beige pants and a grey crop top and was carrying a navy backpack.

Police say there is concern for her wellbeing and are urging anyone with information to call the detachment at 780-830-5700.