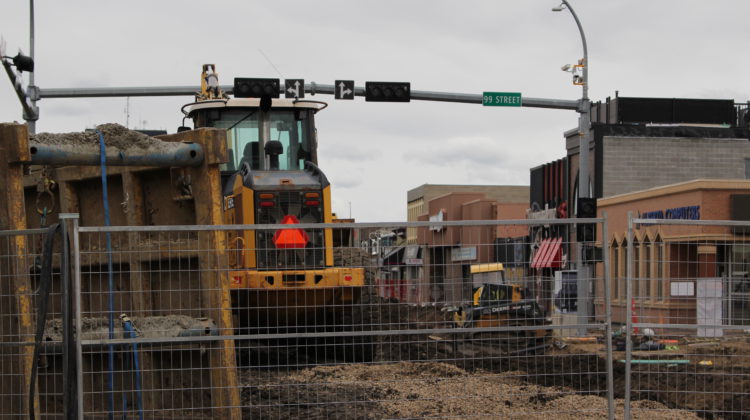 The intersection of 100 Avenue and 100 Street downtown will reopen to traffic on August 10th. It was initially supposed to open on the 3rd, but the City of Grande Prairie says the rain in mid-July caused some delays.

When the intersection reopens, it will be considered a milestone for the fourth and final phase of downtown rehabilitation. That will mean all of the work doing underground utility installation on the west end of the project will be done.

100 Avenue will remain closed between 100 Street and 98 Street for the rest of the construction season. Things are reported to be on pace to finish by the end of October.