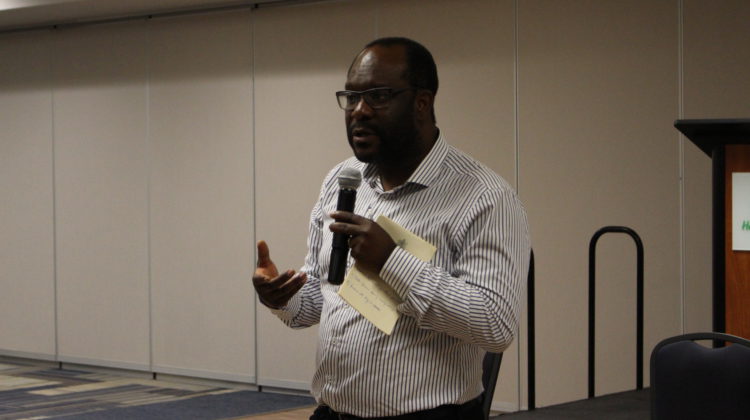 Madu fielded questions ranging from what the service means for regions like the Peace Country, which shares a wide border with an RCMP jurisdiction in British Columbia, to whether or not the money earmarked for a possible transition to a provincial force from the RCMP would be better spent trying to clear any potential backlogs in the judicial system. Madu says the goal is to find more cost-effective policing.

“Right now, the RCMP model is not financially sustainable,” he says. “That is one of the tasks I gave to consultants… the cost of policing continues to go up every single year, [and] I don’t want us to continue to go back to our people to put in place multi-million dollars in tax increases.”

Prior to the event, officials from the province handed out literature to participants, outlining what they call concepts and benefits of provincial police service. While no specifics were given as to the cost, the info on the handout suggests that it would be better value for money.

Madu says despite the report put together by a third party not yet being public, he believes the facts, when released, will show a full list of pros and cons when compared to current levels of service.

“As soon as the report works its way through the cabinet process,” Madu says. “Right now, it’s going through cabinet; once cabinet [members] have had an opportunity to consider them, we will make it public.”