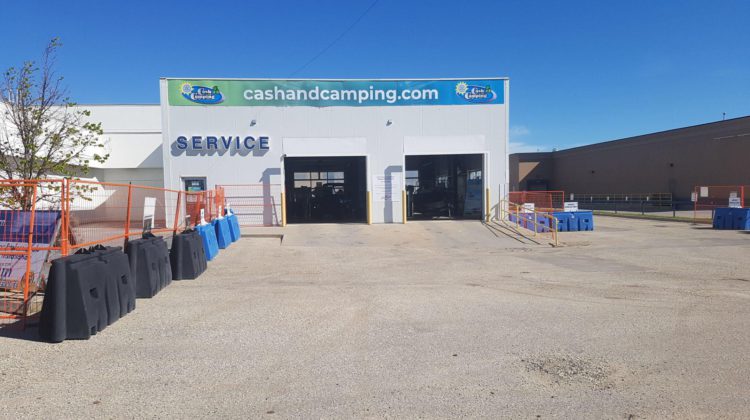 The Cash and Camping Compound. (Supplied)

After a challenging fundraising year, the 2021 Cash and Camping lottery in Grande Prairie has officially concluded.

With the 2020 lottery being canceled, Swan City Rotary Club Lotteries Chair Dave Cook says there were many hurdles they had to overcome for the 2021 year. He says the pandemic restrictions, a break-in, and the most recent historic heatwave kept them on their toes throughout the fundraiser.

“It was an interesting, challenging lottery…no question about it.”

Cook says one thing that kept them push forward was rolling with the punches, keeping positive, and moving forward. He says although they were not able to sell all of their tickets this year,  they were able to help 10 local, nonprofit groups.

“And then the resources that Rotary gets will be used to help many other organizations throughout the year in terms of support for their programs and projects.”

Cook says to help attract people in the final two days of the lottery, they put one dollar aside for every ticket sold in-house, to donate. He says in those two days, they sold 2,620 tickets, which allowed them to raise $2,620.

“That’s going to the food bank here in Grande Prairie, and that’s needed as well, so we’re pretty happy with how it turned out.”