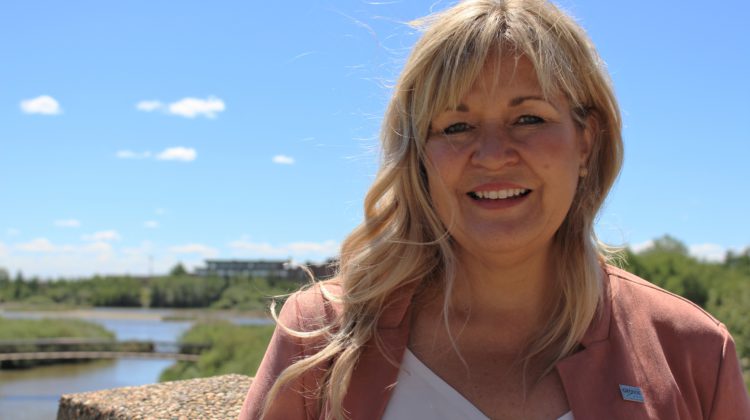 Jackie Clayton will be running for Mayor in the 2021 Grande Prairie municipal election. (mygrandeprairienow.com staff)

Jackie Clayton has announced her intention to run for the mayorship of Grande Prairie in the upcoming municipal election. Clayton was elected to city council both in 2013 and 2017 and says rebuilding the local economy will be her number one priority.

Jackie Clayton was voted to stand as mayor on an interim basis by her fellow city councillors on January 4th, 2021. She replaced former Mayor Bill Given, who left for the CAO position in Jasper, after council chose not to hold a byelection with less than a year until the municipal election.

Clayton says there has been a lot of work to do over the last few months. She didn’t want to prematurely announce her intentions for the fall election until she felt a good majority of the tasks at hand could be dealt with.

“It’s extremely important for us to finish the work in front of us for the next three-and-a-half months, so finding that balance between campaigning and being interim mayor, I needed to find the right time.”

Clayton says she’s often compared the last six months to what would be considered the longest job interview in history in the worst of times. However, she says the work done on a daily basis inside the walls of city hall has reinvigorated her desire to create positive change.

“I always known how much I love this city, but being there every day, and working within the organization on a regular basis really reignited my love for the City of Grande Prairie,” she adds.

The 2021 municipal election will take place on October 18th.