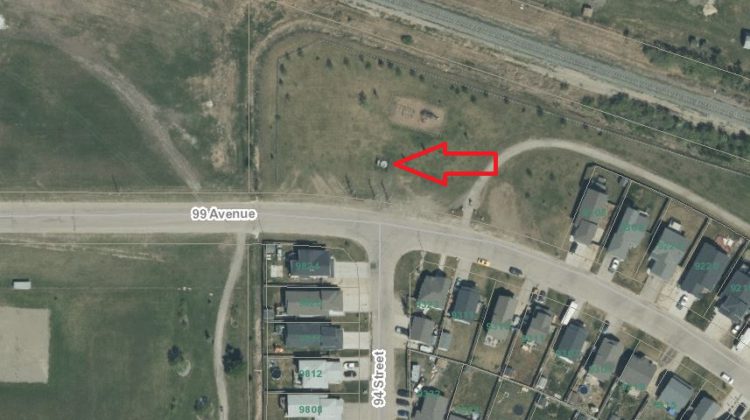 Wembley Lift Station # 3 will see some electrical upgrades installed over the next couple of months. (Supplied, Aquatera)

Construction has kicked off in Wembley as Aquatera crews will be looking to upgrade the electrical system at one of the municipality’s wastewater lift stations.

The work will see upgrades made to Wembley Lift Station #3, which resides beside 94 Street and 99 Avenue. Aquatera Infrastructure Services Manager Ian Perry says it will not interrupt any services in the municipality’s wastewater system.

He adds the project is the final piece of the decommissioning of another lift station.

“This is actually kind of the second part of a project we started last year when we eliminated an existing lift station and diverted all those flows to this lift station where we are doing the electrical upgrade,” he adds.

He says they will also be installing a building on-site to protect that electrical equipment from the weather, as well as a backup generator to provide better reliability for the system.

Aquatera says road closures are not anticipated, however, it wouldn’t be unexpected for it to be impacted on occasion. The playground located near the construction area will remain open to the public, but could also be closed during certain periods of work to ensure public safety.

Construction on the project is expected to begin this week, and wrap up in July 2021.