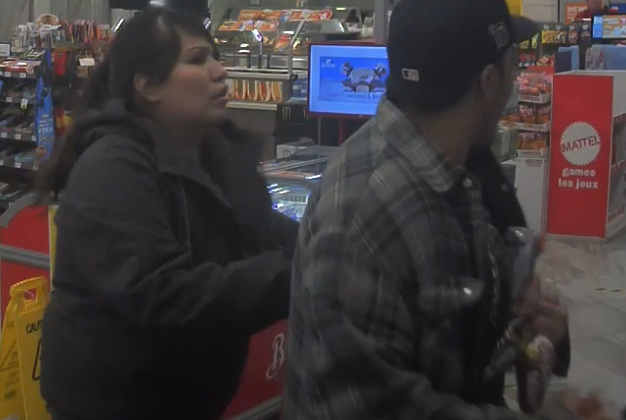 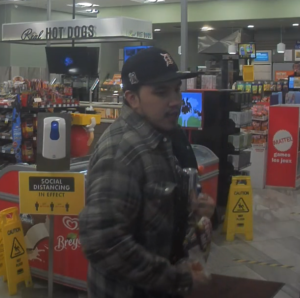 Police have reached out to the public for help identifying a pair of robbery suspects. It’s reported to have happened at the Circle K on 99 Avenue and 96 Street sometime before 12:45 a.m. on March 11th.

Grande Prairie RCMP says a man and woman were arguing with the store’s employee. It’s then alleged that the man assaulted the worker and stole several items before leaving with the woman. The employee suffered minor injuries.

The suspects left on foot in an unknown direction. Mounties tried to find them with the help of Police Dog Services but were unsuccessful.

The man is described as Indigenous with black hair and a medium build. He was wearing a black shirt with white writing or a design in it, blue jeans, a black and grey jacket, and a black ball cap.

The woman is described as Indigenous with long black hair and a medium build. She was wearing a black jacket and red plaid pants.

Anyone with information is asked to contact the RCMP or Crime Stoppers.