UPDATE: Fire under control after explosion at oilfield site 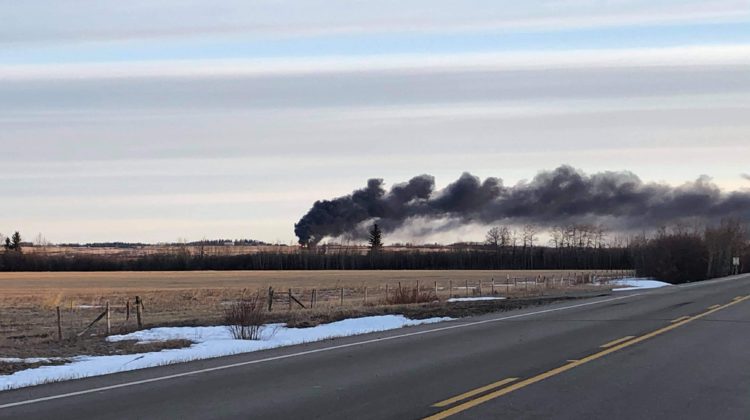 UPDATE #2: As of 9:45 a.m. the fire is considered to be under control. Municipal firefighters have handed over management of the controlled burn to Anegada Oil until it is safe to put out.

The County Regional Fire Service and the Alberta Energy Regulator are still on site but the Grande Prairie Regional Emergency Partnership has been deactivated. Air quality monitoring also found no current risk to the public in the area.

UPDATE: As of 7 a.m. the fire is generating a large smoke plume which the wind is moving north. A mobile air monitoring unit is in the area and three more are on the way.

The public is urged to stay away from the scene of an explosion and fire on an oilfield site north of Wembley. The County Regional Fire Service says it and the Wembley Fire Department were called to the Anegada Oil Corporation lease site near Range Road 81 and Township Road 722A with industrial fire contractors around 2:40 a.m. Saturday morning.

The site contains crude oil and produced water and it’s reported that several tanks were on fire. A significant amount of black smoke is expected to come from the area for the next few hours.

The County says all residents potentially affected have been put on evacuation alert but notes there is no further risk to public safety beyond those contacted by the RCMP. The Grande Prairie Regional Emergency Partnership has been activated.